Who Are These People? Glancing At Every MAC Quarterback Race

Share All sharing options for: Who Are These People? Glancing At Every MAC Quarterback Race

Here's your primary reason why this preseason has been rather lull-worthy (LOLworthy?) -- all the good quarterbacks are gone. LeFevour, Sheehan, Hiller, Theo, and Opelt -- basically the Nos. 1, 2, 3, 4, and 6 in TDs last year -- all have diplomas. Basically it's a complete reset on the MAC's reputation for killer QBs at a cut-rate price. Usually every year there's one or two guys who are primed for a breakout year. Instead, it's time for a bunch of icebreaking seasons.

When ESPN named their top 10 quarterbacks from non-AQ conferences (us, Conference USA, WAC, Mountain West, Sun Belt, and the Un-Notre Damely indies), I kept skimming ... skimming ... skimming, ah, then finally saw a MAC school rounding out the top 10. Zac Dysert. Not the guy I'd have picked (Chandler Harnish legally changed his name to Chopped Liver, it seems) but, hey, it paints the reality that it shall be a down year for passing numbers.

Season starts in a few weeks, everybody. It's probably high time we learn all the quarterbackin' candidates. All we know thus far are five starters, and some familiar names have not quite been designated by Coach as The Guy.

Kent State — Spencer Keith has already been named the starter. Giorgio Morgan and Cedric McCloud are gunnin' for the backup spot.

Miami — It's Dysert, of course. Everyone on the national scene is all about this guy, and they're pretty much not looking at his 1-6 MAC record last year. Not his fault. Austin Boucher will back him up if the race is, indeed, nonexistent.

Western Michigan — With no more Hiller, Alex Carder is The Guy. Meanwhile, Tyler Van Tubbergen is another guy, while Mike Perish and Zack Wynn are definitely other guys.

WHO THE HELL KNOWS

Akron — Two men have the best chance: Pat Nicely or Matt Rodgers. Nicely remains my favorite euphemism for love taps. When Chris Jacquemain got kicked off the team in '09, Rodgers stepped in, then he was injured for the year and Nicely had his turn.
Wild guess: A gentle shove to Rodgers. They don't order depth charts based on great names. 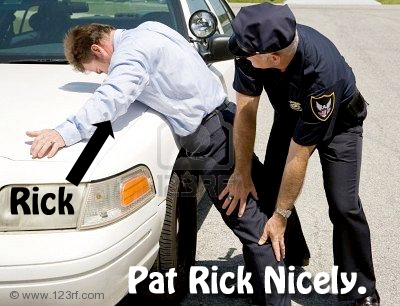 Bowling Green — All reports (namely this one) point to Matt Schilz as the frontrunner. Then there's Kellen Pagel and Aaron Pankratz, the only one of the three who saw game action last year. They're all sophomores. Take your pick.
Wild guess: Schilz seems to be cut from the Sheehan mold. So, him.

Buffalo — It would've been junior Zach Maynard, but he suffered from Turner Gill withdrawal and transfered to Cal-Berkeley. So the race is down to either sophomore Jerry Davis or redshirt freshman Alex Dennison. Alex Zordich is a longshot.
Wild guess: Davis got in a little game action last year. So, him.

Central Michigan — The heir to the Dan LeFevour Memorial Starting Quarterback Fortune looks to be Ryan Radcliff, who saw some action last year. The other contenders: Derek Rifenbury and juco transfer Brandon Fricke.
Wild guess: LeFevour! ...Sorry, force of habit. Let's go with Radcliff, although Fricke sounds like the x-factor of the depth chart.

Eastern Michigan — Alex Gillett started most of last year by default when Andy Schmitt was lost for the season. Other guys on the roster include Devontae Payne and Tyler Benz.
Wild guess: Nobody knows, but I'll say Gillett. The best EMU can get.

Northern Illinois — Harnish was the man last year, but it seems like DeMarcus Grady is the favorite. Jordan Lynch, too, wants to play
Wild guess: Harnish, man.

Ohio — Boo Jackson, Phil Bates or Tyler Tettleton. And I must say … OU might not have the best QB this year, but they certainly have the greatest trio of names. The lead singer of ELO Part II, Mickey Tettleton's son and a man named boo. Honestly, Frank Solich, flip a three-sided coin and you can't go wrong.
Wild guess: Big Boo.

Toledo — We got four possibles in the post-Opelt era: Austin Dantin, Alex Pettee, Terrance Owens and David Pasquale. Pettee's a senior, but that doesn't mean jack diddly.
Wild guess: Dantin is currently atop the depth chart, and who am I to argue?

There are a bunch of wide open races. We'll probably see a few named starters in the coming weeks, but for others, don't be surprised if you see some teams split time between two QBs. This always works, doesn't it?