Professional Hustlers looks at the Mid-American Conference studs of yesteryear and what they're doing in the pro ranks right now. Will they make the team? Are they still an elite player? Did they wander off into Canada?

WR Antonio Brown — The Steelers really like this dude. Which makes sense; in the NFL Draft, he was taken before LeFevour (EDIT: Okay, no he wasn't. He was taken in the same round as LeFevour -- the sixth -- several picks later.). After impressing with some offensive reps in Preseason Week 1, he's getting more time as the kickoff/punt returner. It sounds like he'll be the No. 1 guy in that role for the black and yellow and red and white and blue and light gray.

DE Cullen Jenkins — He's been good for about four sacks a year. But the Packers are planning on lining him up in a bunch of different positions, which is neat, because for once a MAC player isn't struggling to get a starting job. Instead, he's really competing for 2½ different positions.

QB Dan LeFevour — He earned its own post. Where were you for that?

LT Joe Staley — Ain't no thing for the 49ers' former first round pick (who's under contract through 2017, somehow). He'll start, and he still hasn't lived up to what you predict from a first-round lineman, but they expect fresh vibes from him. "Fresh vibes" is a technical football term that's hard to define.

OL Eric Ghiaciuc — Please do not attempt to pronounce this. Just be happy New England's probably gonna put him on their roster after signing him a couple weeks ago.

CB Josh Gordy — Well, the Jaguars haven't cut him yet. That's something. He had a couple tackles in their loss to Miami, so they're still rotating him.

OL Andrew Hartline — The second best A. Hartline on the Dolphins, he's taking advantage of injuries to others in an attempt to work his way up to more playing time. If he's going to be a starter, somebody needs to get Lois Einhorn on the phone.

LB Frank Zombo — It's good that the Packers are probably gonna add him to their 53-man roster, because on Zombo's website, the unattainable is unknown.

TE Tory Humphrey — Oh, he's probably 50/50 to make the Saints roster, because it comes down to whether the coach wants three tight ends or four. Well, do you feel lucky, punk?

OL Greg Wojt — The Polish Pillar is braving the cold for the Edmonton Eskimos.

WR Obed Cétoute — Great name. Especially for a wideout on the Montreal Alouetttes.

LB Ike Brown — Coming into his own as the Hamilton Tiger-Cats inside linebacker.

Dan Majerle — Not a football player. But so what? 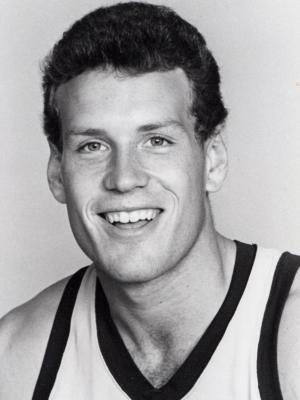