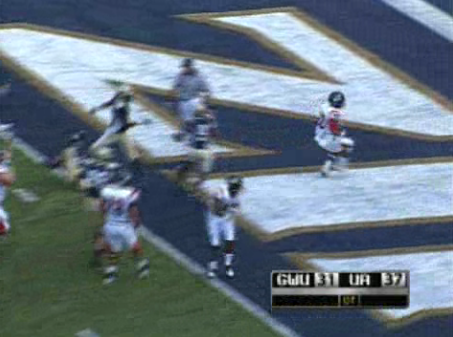 What you see here is Juanne Blount of the Gardner-Webb Fighting Litigators strolling in for the touchdown in overtime, tying it at 37-37. As you can mathematically infer, the ensuing extra point sealed the upset. Akron had its overtime touchdown PAT blocked.

Before that, Igor Iveljic sliced a 34-yard game-winner right after being iced with about 86 timeouts. Before that, Nate Burney fumbled the ball five yards from the end zone. Before that, Gardner-Webb scored 31 goddamn points and will probably become ranked in the Championship Subdivision as a result of this.