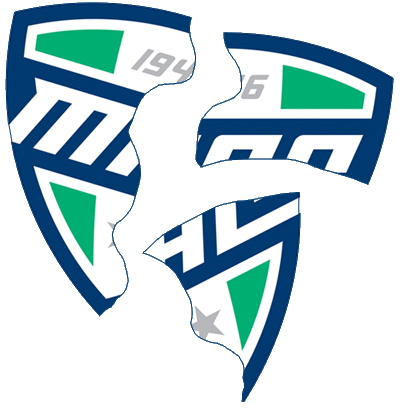 The MAC proudly won four games today. Two were conference wins. Two were over FCS teams. Read further if you enjoy worse news than that.

Probably the most entertaining, mistake-free game of the day. You knew this going in, considering both teams are a combined 1-25 dating back to last year. But EMU had a reasonable chance to tie the game in the final minute — better than last week's Hail Mary against Army — but in the end the final pass missed the receiver by an Earl Boykins length. Ron English is now 0-14 as a head coach and counting. Pretty soon if you keep counting you'll run out of extremities.

Already discussed. And that's all that really needed to be said. This is a not-so-good team. Whoever they beat will then be handed the Baton of Shame.

Probably the best-played game against an AQ this year, which causes one to weep. But after Eugene Jarvis was scratched before the game due to a groin injury, forcing him to scratch his groin all weekend, the Golden Flashes had three net yards rushing. Three. Get up, and take a few strides away from your sofa. Congratulations, you are now on the Kent State running back depth chart.

Not exactly the shootout you were looking for out of this game. 20 points is the lowest point total for the Rockets against OHIO since 1991. Also, the last time UT went on the road and won with 20 points or less? 13-10 at Michigan. All three of Big Boo Jackson's interceptions set up drives at OHIO's 2-, 5-, and 15-yard line, resulting in 14 points and a missed field goal.

And this is your fourth Championship Subdivision win over the Bowl Subdivision today, the second against a MAC team. But really, is beating a MAC team really that impressive anymore? Everybody's doing it. I feel like I should get my old intramural team back together and seeing if we can't come within single digits.

Kelly Page might've played his way out of a job because freshman Keith Wenning showed some throwin' potential in the second half, even though he was sacked on their last play of the game. Against Liberty. It may not matter who they put under center.

And this was almost the fifth upset. Unfortunately a 16-0 lead can be urinated away against a Dakotan contender (see: NDSU, South Dakota), and the Fighting Sioux had the ball with a minute to go and a chance for a touchdown, but a dropped pass inside the 5-yard line with nine seconds to go really crippled their comeback chances. And NIU is finally on the board. This may not have been a very wise MAC East champion prediction, in retrospect.

323 total yards and just two field goals to show for it. Jerry Davis's completion percentage (39.1) was worse than some of Ted Williams' finer batting seasons. It's almost worth asking if Baylor is a possible contender for the Big 12 South. Then I laugh, because that whole division, which includes Texas and Oklahoma is 12-0. Naw, Buffalo's just not very good this year.

And here's your bright spot of the evening, and that includes Nicholls hanging tough by tying the game up twice in the first half. And then Alex Carder said, "screw this" (he really did ... I HEARD HIM) and chucked five touchdowns, resulting in a blaring 35-0 run to finish the game the way a goddamn MAC team's supposed to put away a team from the Southland Conference.

Don't it feel good to thrash a lesser opponent, WMU? Can you demonstrate to others how it ought to be done? Because I'd like this season to be rather memorable.