Today's MAC Games: The Lollygaggers Who Waited Until Saturday

Share All sharing options for: Today's MAC Games: The Lollygaggers Who Waited Until Saturday

With five games on Thursday, and two more on Friday, that only leaves six MAC games for the entire opening weekend. Fortunately they're mostly spaced out throughout the day, leaving you with a two-hour window to bathe, eat, and perhaps call your mother. You really don't do that enough.

Of the six, only one Football Championship Subdivision team is going to be showcased in the hextet of showdowns, so I'm sad to say it's the only automatic win. The rest are going to require some luck, some diligence, and perhaps a wave of academic suspensions. Why did nobody schedule UNC right away? I'm looking at you, Miami. Ya just had to go and play Florida, instead. I hope the payout eases the numbing pain of regret.

We've seen a pattern with historically capable teams running out a new quarterback in the past few games, and it hasn't been pretty. Alex Carder, godspeed on advancing through the MSU defense. I would suggest putting sensors on your shoulders in the event that a defensive end comes within three feet of you, and brace for the impact. If it's Greg Jones, just run the other way. Forget about the loss of yardage. Think about your visage. Guess: MSU 30, WMU 17

Meanwhile, Zac Dysert is a returning starter, as are a plethora of Oxfordians on both sides of the ball. As if this will have any, ANY bearing on the outcome. Granted, I hear UF lost one of their more popular players. Danny Wuerffel, I think? It doesn't matter. The point is, Miami is for some reason playing Florida. Maybe Gainesville just heard about this different Miami on Google and just had to see what colors their uniforms were. And if they also had a bunch of arrests on their historical roster. Guess: UF 47, MU 14

Usually these MAC vs. Big Conference games are more important for the MAC team. But after doing a convo with Sean Keeley of the 'Cuse blog Troy Nunes Is An Absolute Magician, this may be one of the rare exceptions. Syracuse was pissed like a toddler's bedsheets after dropping a two-touchdown game at home to these very Zips two years ago. And this is their redemption game. They've taken it to the extreme with the Twitter #BeatAkron hashtag. Akron's response? We're still waiting on a witty retort. And a stronger blog presence. Guess: Cuse 23, Akron 16

Troy's best defense, other than the one that'll probably shut down the very nascent Falcons offense, has been on their message board playing Lookalike with some BGSU players. And that's comical! Willie Geter has long hair, much like Sideshow Bob! Even though Anderson Varejao totally owns the comparison. I guess BG can't really compete with that. Except for perhaps Shawn Southward, pictured here: 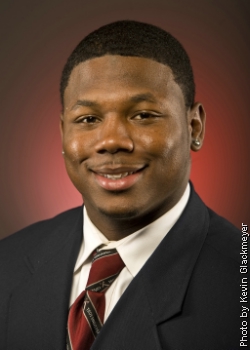 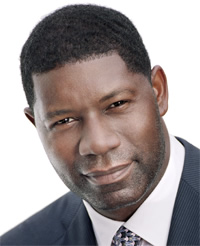 Triple option connoisseurs will be wowed by Army's abilty to run right, run left, or run right up the middle. While it's about 2.5 more options than EMU's offense has, it can be quite annoying to try to slow down this type of attack. Hopefully Ron English taught his defense the lesson learned in the NES video game Dragon Warrior 4, where Alena fights Linguar in the coliseum at Endor. (This is, of course, the parallel you'd have made too, I'm guessing.) Three Linguars were mirages, and the only way one knew which was the real Linguar was to take a chance and strike it. And consider: Linguar ran the quadruple option, something that I'm sure military technicians are trying to perfect, right behind heat-seeking punters and fumbleproof vests. Guess: Army 16, EMU 14