Ever since I first came to Central Michigan University and attended my first basketball game, they have become my favorite team to watch on campus, which is strange considering I was a terrible basketball player growing up, and I would rather watch a Tuesday night Sun Belt game than any NBA game. And as lousy as CMU has been since Chris Kaman left, that may leave you even more confused about why I enjoy watching them so much. 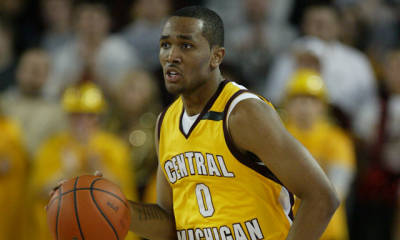 I love that college basketball, especially at mid-major schools, is so much more of an intimate game than football. And because prior CMU getting a new arena last season, crowds of less than 1,000 people were common, so it felt like my own little secret form of entertainment. Despite winning at least a share of MAC West titles in 2009 and 2010, CMU took a step backwards last year despite being picked to win the MAC West again, and having highly heralded recruit Trey Zeigler come to the team. This year, CMU comes in under the radar, but with another solid recruiting class by head coach Ernie Zeigler, things could be turning around in Mt. Pleasant.

Last Year: After a couple years of toiling around .500 CMU regressed last season, falling to 10-21 overall, and 7-9 in the MAC. Much of this could be contributed to the youth the team had; often times CMU would start or play three true freshman guards at the same time. This led to low scoring games where CMU was forced to try and slow the game down to try and limit the freshman mistakes, leading to CMU averaging under 60 points per game last season.

CMU was lead by Trey Zeigler, who didn't quite live up the enormous expectations that everyone had for him, but he still had a solid season averaging almost 16 points and 6 rebounds per game. Aside from Zeigler, there was not much of a secondary scoring threat, or a true point guard on the roster, so he was forced to try and create on his own.

Departing Players: CMU loses 4 players off of the squad that finished last season. Most notably gone is Jalin Thomas, who was the only other CMU player last season to average double figures in points. CMU lost a couple post players in William McClure who will be missed on the defensive end, but had the touch of a blacksmith on the other end of the court. CMU also lost 6-11 freshman Nate VanArendonk, who played in 3 games early on, then came down with Mono, and didn't play the rest of the season. He transfered to Hope College. Also gone is reserve guard, Antonio Weary and his 5 fouls per game.

New Faces: Head coach Ernie Zeigler addressed the teams biggest needs during recruiting by adding another scoring option, who happens to be a big man, as well as a couple of pure point guards. Austin McBroom was a 3-star recruit from California who can shoot the 3 point shot, something CMU sorely lacked last season. Also scheduled to contribute at guard is Austin Keel, who is said to be a good perimeter defender. Jordan Myrick will also look to crack the rotation and contribute at either of the guard positions.

The biggest addition CMU gained in recruiting is 6-7 forward Olivier Mbaigoto (By-goh-toh). He played one season of high school basketball and was recruited highly by several ACC teams and eventually signed with Clemson. But because he only had one year of American schooling, he is originally from Chad, Africa, he was ineligible to play D-1 basketball right away, and spent the last 2 years in Florida at a junior college. He is a smooth offensive player with post moves, and can step out and shoot the 3 pointer if needed.

Potential Starting Lineup/Reserves: Coach Zeigler has repeatedly said this off-season that he is looking to increase the tempo of this seasons team thanks to a strong rotation of guards, and athletic big men who can get up and down the floor. In the Chippewas two exhibition games, Zeigler went with Austin McBroom, Derek Jackson, Trey Zeigler, Olivier Mbaigoto, and Andre Coimbra. Jackson and Coimbra both finished last season strong, and will be expected to help Zeigler and Mbaigoto on the offensive end. Also expected to get minutes for CMU off the bench is sophomores Colin Voss, and Jevon Harden upfront, while Finis Craddock, Austin Keel, John Morris, and Jordan Myrick will battle for minutes in the backcourt.

Schedule: CMU opens with a pair of home games, then hits the road for an entire month, where they will play in the Great Alaskan Shootout, as well as road games against Temple and Minnesota. Other notable games in the non-conference schedule include road contests at both Nebraska and Iowa State.

One notable advantage that CMU has in it's MAC schedule is that it faces both MAC East favorites, Akron and Kent State, in Mt. Pleasant.

Prediction: CMU has 13 non-conference games, and will be well tested with the majority of them on the road. If somehow CMU can navigate the non-conference schedule around .500 things will be looking up. I think that Western is clearly the class of the West division. But with the addition of Mbaigoto, and another year of experience for 5 of their key contributors, I think CMU will end up finishing 2nd in the MAC West. Ideally CMU would like to finish above .500 in MAC play, and finish at or above .500 overall.