Share All sharing options for: MAC Championship Game: NIU Has Crashed The Party

A year ago Northern Illinois was the belle of the ball when they reached the MAC title game. After sweeping through league with nary a blemish, they clearly deserved to represent the conference as its champion.

Only midnight struck a little too early for the Huskies and they left in rags because they couldn't make they clock run out soon enough against Miami.

Perhaps it was just foreshadowing the late letdowns that would plague the team this year.

That is why it feels a little like the Huskies stole their spot representing the West against Ohio. This wasn't the dominant team of 2010 and it wasn't even likely the best team in its division (Toledo takes that position). And you wouldn't expect a team that lost to Central Michigan to be fighting for the conference title.

Yet here they are, because of MAC Offensive Player of the Year Chandler Harnish, and timely plays from top defender Sean Progar. Keep in mind that if Progar didn't sack Eastern Michigan quarterback Alex Gillett twice on the Eagles' final drive, the Rockets could very well be playing instead of Northern.

A gift from the football gods to make up for the tipped pass that gave Miami the conference crown last year? Maybe.

In the end they are here, and playing for the chance to meet Arkansas State (although if they had any sense they would request to go to the better game against a Big Ten also-ran, like Purdue).

What can you say about the team at this point in the season that you didn't already know before?

The offense is going to go through Harnish, and over the past two seasons, there hasn't been a defense in the MAC that has shown that they can stop him. Ohio will try of course, and the Bobcats have been very good against the run this year, allowing just under 124 yards per game.

But Toledo also thought they had the answer to Harnish, and that night in the Glass Bowl shattered MAC records for scoring. If the Rockets couldn't slow down the OPY, there is little hope for Ohio.

The real story will be which Northern Illinois defense shows up. Will it be the one that allowed close to 600 yards in three games this season? Or will it be the more difficult defense that took down Bowling Green, Eastern Michigan and Kent State? 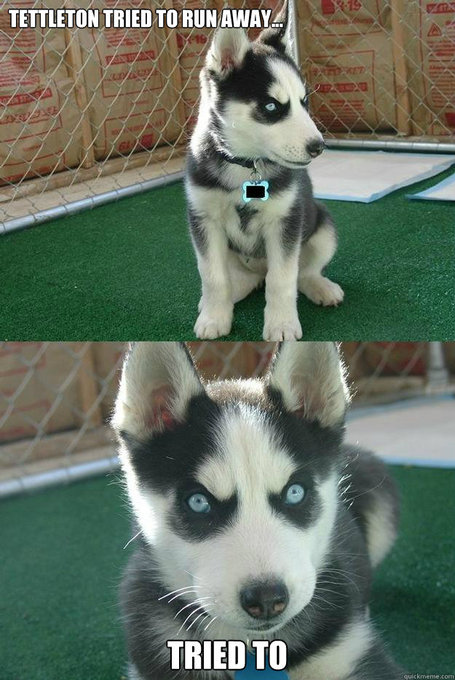 Tyler Tettleton certainly has the chops to pick apart the Northern Illinois secondary, or run himself as a poor man's version of Harnish. But Tettleton is anything but a dime store player. The sophomore was only named the third best quarterback in the conference.

He can hold his own.

And while the passing game to LaVon Brazill will likely be a handful, the player that the Huskies should really be concerned with is Donte Harden who did everything for the Bobcats this season. He ran, he caught, he ran back kickoffs.

If the Huskies can slow him down in special teams -- and possibly nick him up a little -- that will go a long way toward taking him out of the rest of the offense. Eliminate the Harden threat and suddenly the duo of Tettleton and Brazill isn't so scary, especially when the Huskies can double up on the star receiver.

Northern Illinois is a 3.5 point favorite in this one. Not that the Huskies want to rely on squeezing one out against the foot of Matt Weller, but this one should be close thanks to a difficult Bobcat offense and an unknown Northern Illinois defense.