Share All sharing options for: CIT Second Round: Buffalo vs. WMU Open Thread

I can't quite figure out this voodoo bracketing the CIT is practicing, but here's how it's gone so far the best I can gather: 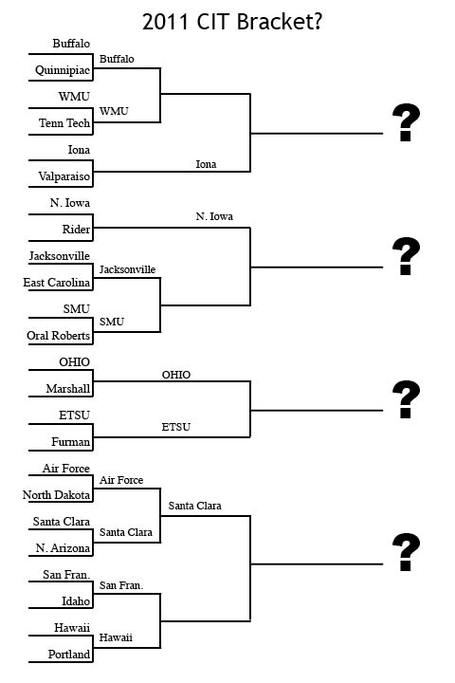 This is one bracket that doesn't care about its shape, and that's so refreshing to see in today's image-conscious tournaments. The CIT is just as God made it. The voodoo gods, that is.

Buffalo-WMU were paired together for the geographical convenience, but this is MAC on MAC tournament violence. The Bulls won a game in Kalamazoo earlier this year, and handily — 79-68. Will it happen again? Who's got the mo'

Were this a MAC tourney game, it's a No. 8 traveling to a No. 2. There are no numbered seeds in the CIT. They don't believe in them. Just brackets au naturale.