Share All sharing options for: BGSU Football's Crimes Against Mustaches

The victory in Idaho may send 10,000 volts of optimism into the Bowling Green football season, but let's remember that sports is just a glorified excuse for bloggers to discuss people's hair without getting odd reactions. No, it's okay, because that crazy goatee belongs to a guy who can make long basketball shots!

It's in this vein, however, that a pattern of violence has been established against mustaches. Follow me into the jump with the harrowing evidence.

September 1, 2011: Bowling Green season opener is a road win at Idaho, 32-15, in a perceived upset. Their head coach is Robb Akey. He looks like this:

August 30, 2008: Bowling Green's season opener is a road win at ranked Pittsburgh 27-17. Their head coach was Dave Wannstedt. He looks like this:

September 1, 2007: Bowling Green's season opener is a road win at Minnesota, 32-31, on a last-second play. Their head coach was Tim Brewster. At one time he looked like this: 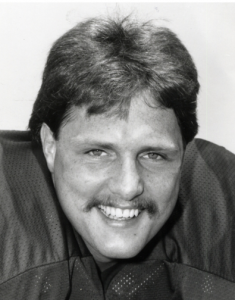 September 6, 2003: Their first FBS game of the year was a road win at ranked Purdue, 27-26. Their head coach was Joe Tiller. He looked like this:

Heed this! If your coach has a mustache, or at one time had one, please do not schedule BGSU early on if you value your season. Because it could go up in flames.