This BCS game is being billed as the haves against the doesn't-have-as-much. A lame-duck playoff system is letting in the 12-1 MAC champions into their five-bowl parade. Florida State is one of the richest programs in the country. Northern Illinois is not. It's a disparity that would make Billy Beane blush. Do you like pictures? We have pictures.

This would explain why both NIU head coach Dave Doeren left for North Carolina State — to coach a team with more money at their disposal. Likewise, Florida State also lost a key person on their staff: defensive coordinator Mark Stoops, who will coach at Kentucky next season. And wouldn't you know it: Stoops' contract was almost one-third more than Doeren's.

Ah, but this is me explaining the difference using words. I promised you pictures. I'll shut up. 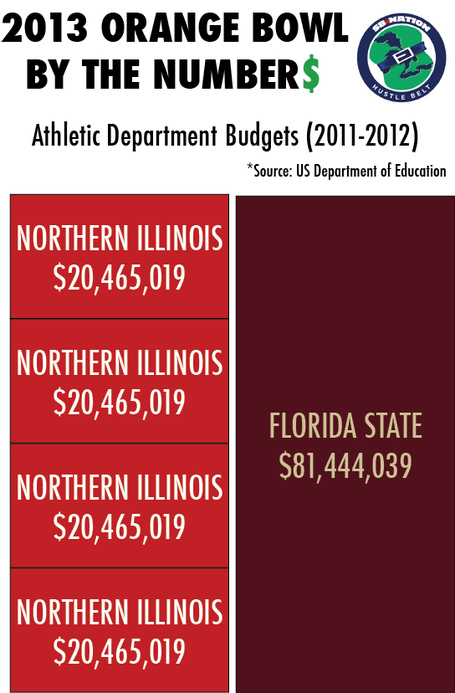 Yes, you can almost squeeze four NIU budgets into one Florida State budget. By comparison: 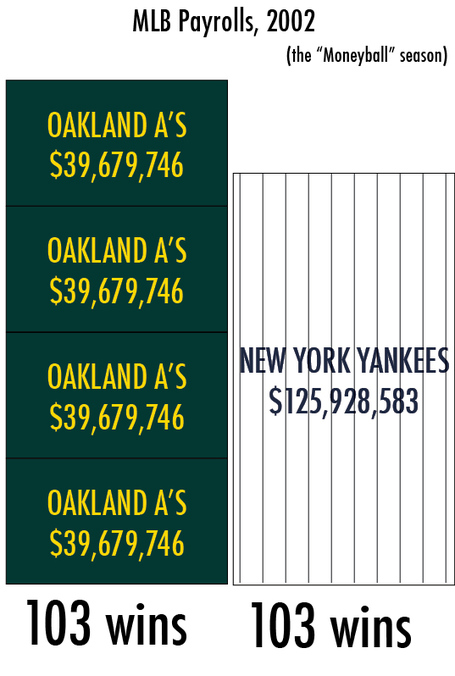 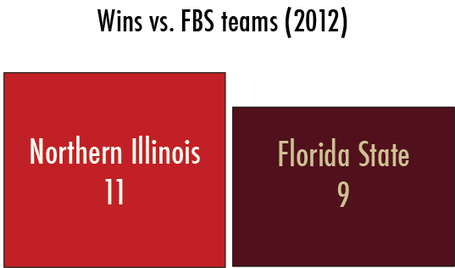