D.J. Cooper went undrafted in the 2013 NBA Draft Thursday night, but what's next for the 2013 MAC Player of The Year and one of the most prolific passers in NCAA history? Let's take a look.

Share All sharing options for: For D.J. Cooper, what's next?

The 2013 NBA Draft was great. David Stern taunted the fans, team's made more trades than at a swap meet, Bill Simmons looked like he might physically harm someone and we got to see possibly the greatest hair in Draft history. But, there is one thing we didn't get: A Mid-American Conference player selected.

For the tenth consecutive year, not a single MAC player heard their name called. Not even D.J. Cooper, one of the most successful players in MAC history. It's a huge blow to the conference, which hasn't had a player selected in the NBA Draft since 2003.

Heading up to the Draft, Cooper-with his 934 career assists-was the best pure passer available in this rookie class. Don't believe me? Just watch:

But that wasn't going to be enough to get the 5-foot-10 point guard selected. Cooper worried scouts with his poor shot selection, tendency to turn the ball over and, most notably, lacked size. All of these things were heavily discussed in any Draft analysis of Cooper back in April and May. He was consistently ranked outside the top-100 in Draft prospect lists, and no one had him getting selected.

Cooper packed on weight (nearly 20 pounds of muscle), and flourished in pre-Draft workouts with teams like Orlando, Washington and Golden State (all seem to be in the market for a solid backup point guard). He did so well that by the time Thursday's Draft began, ESPN's Insider Chad Ford had bumped him up to the No. 49 prospect on his board. It seemed everyone had him as a lock for a late second round pick (most people thought No. 51 to Orlando). Still, when Adam Silver announced the final pick of the Draft, Cooper's name wasn't called. 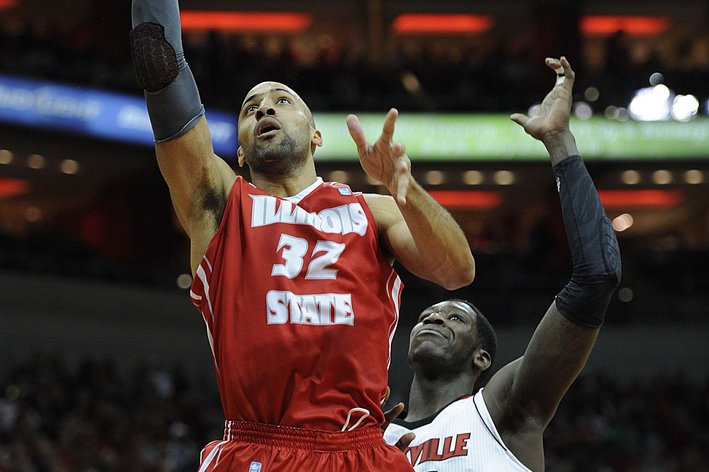 It seems like a huge blow. After all it's not often we hear of undrafted players going on to storied careers in the NBA. Usually they head overseas to play in one of the many European leagues where they can earn guaranteed money, and certainly Eurpoean teams have already been in contact. But Cooper want's to prove he can make it in the NBA., and maybe going undrafted is his best chance.

Undrafted players get to chose who they sign with (naturally a team has to offer them a deal, but they can pick from the offers). Cooper will undoubtedly get a spot on a Summer League roster and a chance to earn his way into the NBA. Plenty of teams that showed early interest in him can still use a backup point guard, and now he'll get to decide between the ones he thinks he has the best shot of earning a roster spot with. Maybe he'll wind up with Orlando, Golden State, or Washington, which all showed interest in Cooper and still could use depth at point guard.

Orlando took Victor Oladipo with the second overall pick and shocked everyone by selecting Oklahoma power forward Romero Osby, failing to address their need for a backup point guard. Starter Jameer Nelson is getting a bit old and despite his number's increasing across the board in 2012-13, will likely start to take a step back in terms of minutes played sometime soon. Plus the Magic apparently have been scouting Cooper for several years now, and Cooper would have plenty of opportunities to earn playing time in a franchise cemented in rebuild mode for the next few seasons.

Golden State seems to be the most intriguing place to me for Cooper to land up at. Seth Curry is certainly cemented as the starter there, but they could lose backup Jarrett Jack in free agency this off season. Cooper provides a cost-effective backup who could provide a solid No. 2 point guard for the Warriors.

Of course these aren't his only options. New York could still use a replacement for the recently retired Jason Kidd, and Washington can still use help. Basically there isn't a shortage of teams interested in giving Cooper a shot in the Summer League, so he'll get to pick the option that works best for him.

A comprehensive breakdown of the the 2013 NBA Draft, complete with grades of each pick.

That still doesn't guarantee anything though. Cooper faces a tremendous uphill battle to make an NBA roster, no matter where he lands. While scouts already know he will contribute as a facilitator, he'll have to show he can make better shot selections and not get bullied by bigger guards.

But if he doesn't make a NBA roster, he could go to the D-League and continue to try and work his way up or head off for a successful overseas career. Neither are bad options, and plenty of former Bobcats have went on to play in Europe, including Reggie Keely who recently signed with a team in the Dutch Basketball League.

But D-league and Europre aren't Cooper's only options if the NBA doesn't work out. For someone with skills like Cooper, there is another choice, a third option of sorts. It's something his highlight-making abilities are perfect for.

It's an American team. One with a long and storied history. They draw large crowds and play in venues like Madison Square Garden and The Palace. They also trott the globe, playing in exotic places like France, China and Dubai. Player's like Wilt 'The Stilt' Chamberlain and Reece 'Goose' Tatum have shined for them, and they are arguably the most successful team in pro-sports. They relish players like Cooper who can make jaw-dropping assists and hit the uncanny deep-three. They relish play-makers like Cooper and give them freedom to If you haven't figured it out yet, I'm talking about the Harlem Globetrotters.

Yes, I went there. I said it. I know, you probably think I'm crazy, but why not consider it. Our friends over at Burnt Orange Nation already did, and it makes sense. Cooper plays with swag, with style. He has a natural gift for play-making. His assists, though numerous, are rarely of the boring garden variety, and often of the "Ohhh" inspiring kind. All things that would make Cooper a great Globetrotter. Yes their draft already happened, but nothing says he couldn't sign with Harlem as an undrafted free agent. Plus he'd get to rock those sweet red and blue jerseys.

It won't happen, but can't a man dream?

D.J. Cooper's road to the NBA