D.J. Cooper and Zeke Marshall to play together in Orlando Summer League

Cooper and Marshall were both added to the Philadelphia 76ers Orlando Summer League team Saturday.

Share All sharing options for: D.J. Cooper and Zeke Marshall to play together in Orlando Summer League

Former Mid-American Conference rivals D.J. Cooper (Ohio) and Zeke Marshall (Akron) will be playing together on the same team this summer. Cooper's agent confirmed to me earlier today that the Philadelphia 76ers have added Cooper to their roster in the Orlando Summer League. Moments later the Akron Beacon-Journal's George Thomas confirmed Marshall had been added to the 76ers team as well.

@ziggy_marsh will be playing on the 76er summer league team.

The Orlando Summer League runs from July 7-12 and features 10 teams. It will be the second time in Cooper and Marshall's careers that the pair of former fearsome rivals will don the same jerseys. They played together in the 2013 Reese's College All-Star Game in April.

This is the first Summer League team Marshall has been added to, but the second for Cooper. He was added to the Golden State Warriors team in the Las Vegas Summer League yesterday.

The Las Vegas Summer League runs from July 12-22 and Cooper's agent confirms the Orlando league won't affect his commitment to the Warriors later in the month. 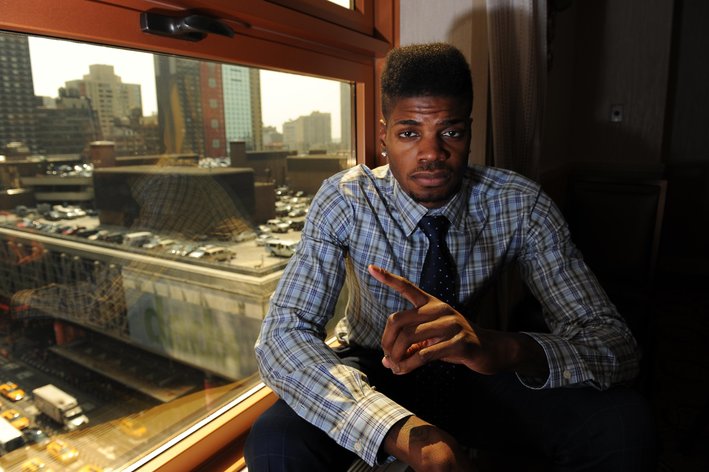 The 76ers are in the beginning stages of a rebuilding of epic proportions. They traded away star point guard Jrue Holiday to the New Orleans Pelicans to get Nerlens Noel, who slid all the way to No. 6 before the Pelicans took him. Noel's acquisition likely means that center Andrew Bynum, whom the team traded for before last season, will not be resigned after never playing for the team in 2012-13. Philadelphia also took Syracuse point guard Michael Carter-Williams with the No. 11 pick in the draft.

What's interesting about the addition's of Cooper and Marshall to the 76ers Summer League team is that both are similar to their drafted counterparts on the team's roster. Carter-Williams, though much larger than Cooper at 6'6'' is also an assisting machine. He averaged 7.3 a game for Syracuse this past season, good enough for fifth in the nation. Cooper averaged 7.1, good enough for eighth.

Marshall and Noel are both supremely gifted shot-blockers, who leave something to be desired offensively. Noel averaged 4.4 a game for Kentucky, which was tops in the nation before he suffered a season-ending knee injury. Marshall averaged 3.7 a game, finishing third in the nation.

The similarities between the players could make it hard for Cooper and Marshall to get playing time with the 76ers, but luckily for both of them, Philadelphia is looking for a lot of fresh young talent. Both of the 76ers high-profile new acquisitions will need backups, and Cooper and Marshall might get an opportunity to do just that if they can impress the team's officials this summer.

Zeke Marshall's road to the NBA