Terry Bowden and the Zips look to turn their fortunes around after three straight one-win seasons.

Since the opening of the brand new Infocision Stadium in 2009, the Zips have had six wins, three coaches, and have been overshadowed by the school's basketball and soccer teams.  Only three of those wins have come against an FBS school and the last MAC win came in 2010.

Terry Bowden's first year at the helm actually displayed a much improved team over the 2011 version of the Zips, despite the same record.  I'm not going to pretend like Akron was a good football team, but it took some close losses and with some better luck it could have won a few more games.  The Zips were even tied with Tennessee (SEC!) at halftime before the Volunteers pulled away.  Unlike prior years, the pass-happy offense was fun to watch even in a losing effort.

You have to win two games before you can win three, so let's take a look at the schedule and see where the Zips can find some wins.

Sigh.  Akron has the sixth hardest schedule in the FBS based on winning percentage.  There are some winnable games on this list.  It goes without saying, but Akron needs to win its yearly match-up with an FCS opponent when it takes on James Madison.  We don't want any more sad kangaroos. After that matchup, you have to look to the MAC schedule and @ UMass as their second best shot at a win but it says something that both schools are counting on the other as their lone MAC win.  There would be a lot more optimism for wins if the Zips played any of the Michigan schools and/or Buffalo. Instead they face the top seven teams in the MAC and UMass.  Of course, these are only preseason predictions and MAC is known for their parity so there may be more winnable games than it seems.

The biggest difference between the 2011 Zips and the 2012 Zips was Dalton Williams.  A 1-11 record is usually marred by terrible quarterback play, but that was not the case with Dalton Williams.  The Stephen F. Austin transfer threw for almost 3,400 yards with 25 touchdowns and 16 interceptions.  Not sure if you can call one year an era, but the Dalton Williams era is over and a new quarterback will need to shine for the Zips in 2013.

Kyle Pohl is expected to lead the pass-happy offense in 2013 and we could also see Nick Hirschman enter the mix if Pohl struggles.  The Zips ranked last in our quarterback positional rankings and will need a worthy quarterback to be competent in the MAC.  Pohl played pretty well in his extended playing time in last year's season finale against Toledo.  He threw for 213 yards and two touchdowns after taking over for Williams in the first quarter.  If he has similar numbers and remains consistent, he should be the starter throughout the year.

Akron has a little more experience at the skill positions and return their top rushers from 2012.  The only Zip to make the MAC Top 68 was Jawon Chisholm at #64.  Expect Chisholm to catch more passes out of the backfield this year in the Bowden offense while also spearheading the ground game.

The Zips did lose their top receiver Marquelo Suelm but essentially returned everyone else at wide receiver.  A cornucopia of pass catchers will need to step up as Akron will throw the ball 40+ times per game to receivers, tight ends, and running backs.  The Zips could see up to five guys with over 40 receptions this year between Chisholm,Dee Frieson, LT Smith, Keith Sconiers, and Jerrod Dillard.

The offensive line played decently well last season and return starters Jarrod Pughsley and Travis Switzer.  The rest of the line will certainly be inexperienced and they will need to learn and grow quickly for the Zips to be successful.  Pass protection will again be key in Terry Bowden's offensive system and the maturation process for Kyle Pohl.

Akron's defense didn't bring any smiles to their fans in 2012 which led to many shootouts over the year.  Former NC State head coach Chuck Amato will lead the defense in his second year as coordinator.  The defense will have experience as it returns seven starters from a year ago.  If only experience equaled stops and turnovers.

The secondary performed a lot better than the front seven in 2012 and returns three of the four starters.  Malachi Williams and Anthony Holmes return as the starting corners and strong safety Johnny Robinson was the leading tackler of all returning players.  The secondary is the biggest strength of the defense and should take another stride forward in 2013.

The front seven loses some key players in Kurt Magnum, Troy Gilmer, and leading sack-man (sacker?) JD Griggs.  The defensive line has potential to be solid if health goes the Zips' way.  Albert Presley and Nico Caponi will return from injuries and Florida State transfer Moses McCray will also contribute if he remains healthy.

The linebacking core has more worries with the departures of leading tacklers Magnum and Gilmer.  The Zips were terrible stopping the run last year and will need two linebackers to excel playing alongside the returning Justin March.  The Zips are no strangers to playing from behind and will need to improve or teams will continue to run them out of the building.

This coaching regime is entering it's second season and while Terry Bowden and Chuck Amato might not YET have the quality of players they had at Auburn and NC State.  They were still once big time college coaches and will need some time in order to build Akron into the top echelon of the MAC.  Entering his first year at offensive coordinator is 27 year old former Northern Alabama quarterback A.J. Milwee who's resume reads a lot like the FCS version of Kliff Kingsbury.  The coaching staff has been optimistic and it might not translate into wins immediately but there is reason for hope for the Akron football program. 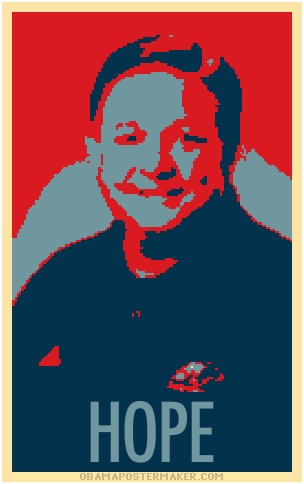