Get Your MAC NFL Rookie Cards On Amazon Today!

The NFL Draft is still a few weeks away, but the trading card business is wasting no time on getting the early jump on distributing their cards

Share All sharing options for: Get Your MAC NFL Rookie Cards On Amazon Today!

We've all heard the stories of someone buying a pack of trading cards when they're young, only to find out 15 years later that one of those meaningless cards from the $2 pack turned out to be the rookie card of [Insert Budding NFL Hall of Famer Here].

Personally, I've never owned an NFL trading card. I'm a baseball card guy to the core. But I know this happens with NFL cards, just like it does with baseball cards.

With the NFL Draft set to begin on May 8, we're getting close to finding out where the latest crop of rookies will begin their NFL careers at. In the MAC we have a Top 5 lock in Khalil Mack, another player who could go in the first round in Jimmie Ward, and a handful of guys with mid-to-late round potential.

Despite the fact that none of these guys are actually NFL rookies yet, you can get your favorite MAClete's NFL rookie card today, on Amazon.

That's right. Even though some of these guys may wind up never actually playing in the NFL, there's already trading cards for plenty of the MAC's Draft eligible players. 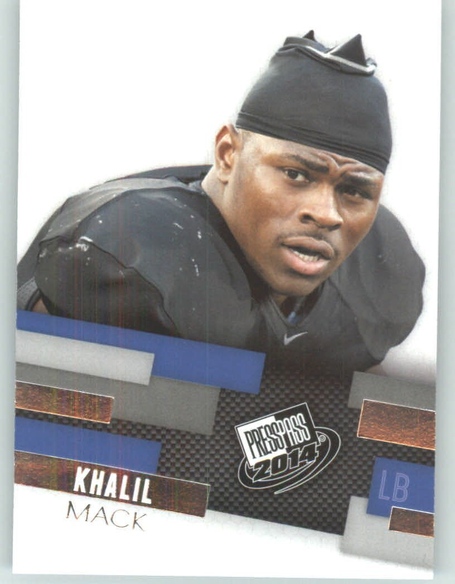 Currently there are four listings on Amazon for mint condition 2014 Press Pass Khalil Mack NFL Rookie cards. As I said, I'm not an NFL card guy, so I have no clue if Press Pass is a respected card company, but for as little as $2.99 and $3.49 in shipping costs (sorry, it's not Amazon Prime eligible) you can get a MACKtion rookie card before he's even signed an NFL contract.

Mack is about as close as a can't-miss prospect the MAC could ever produce, so why not go ahead and invest in his rookie card now. Hell, he could wind up going No. 1 overall in early May if the reports about the Texans GM preferring Mack over Clowney turn out to be true.

More of an Offensive MACtion guy? No worries, Upper Deck has you covered. 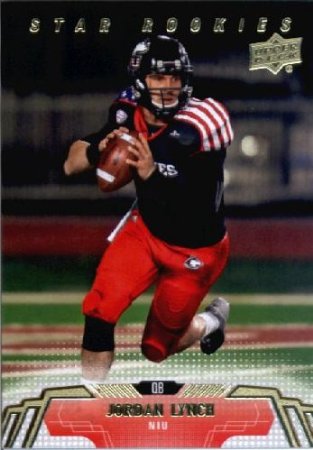 Everyone's favorite Heisman finalist from the MAC has his own 2014 Upper Deck Rookie Card. For $3.99, plus $3.49 in shipping, you can own the official rookie card of the Lynch before we even know what position he'll be playing in college.

Lynch earned his reputation as a playmaker for his exciting runs, so it's a bit disappointing that Upper Deck chose a boring rollout for his action shot, but it's better than the shot of Mack on the sideline in the former Buffalo star's card.

Interestingly, a search for his NIU teammate, and potential first-round pick, Jimmie Ward, reveals no results.

But Mack and Lynch aren't the only Draft-eligible MACletes to get the cardboard enshrinement. While there's no card for Ward, or even more interestingly, Dri Archer, several other players have cards for sale.

Here's Keith Wenning's rookie card, complete with an awesome action shot of him getting ready to unleash a bomb on some porous MAC secondary. 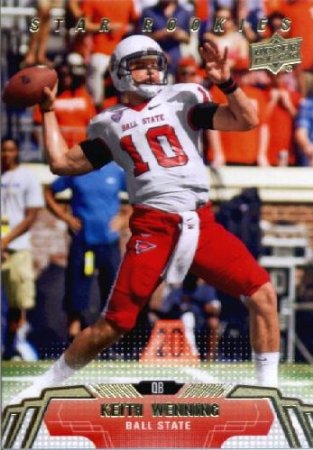 Former UT workhorse David Fluellen's card could have used more trucking, but alas it can be a part of your 2014 MAC NFL rookie card collection for $3.99 plus shipping. 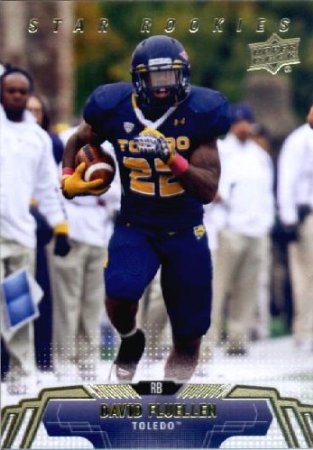 Apparently Upper Deck wasn't scared off by injuries that kept former UMass TE Rob Blanchflower out of the Combine, and limited him at his Pro Day, because he also got the laminated treatment. 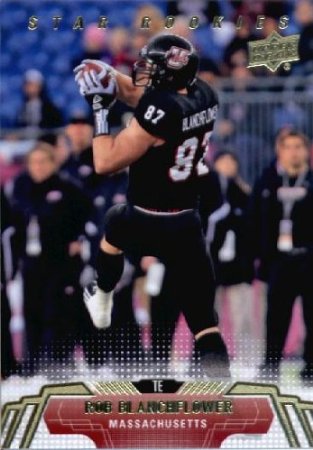 Now I'll catch up with you guys latter, I've got to go collect them all.