For so much MAC talent, the quest for NFL superstardom doesn't end with the Draft.  We've compiled a list of MACletes who were passed over during Draft time, yet found a road to the NFL anyway.  We've found success at every school, of varying levels, but spoiler alert: there's a lot of Super Bowl Rings listed below. 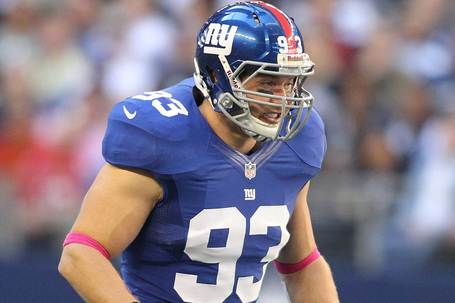 Blackburn bounced back and forth between linebacker and defensive end while at Akron, being named to the All-MAC First Team as a junior in 2003.  Undrafted, he would eventually spend 2005 with the New York Giants as a backup linebacker and special teamer.

Blackburn made the most of his opportunity.  Today he is a two-time Super Bowl Champion, winning rings with the Giants against the New England Patriots in 2008 and 2012.  In the most recent game Blackburn intercepted Tom Brady in the fourth quarter, the only turnover of Super Bowl XLVI.  He signed a two year contract with the Carolina Panthers in 2013. 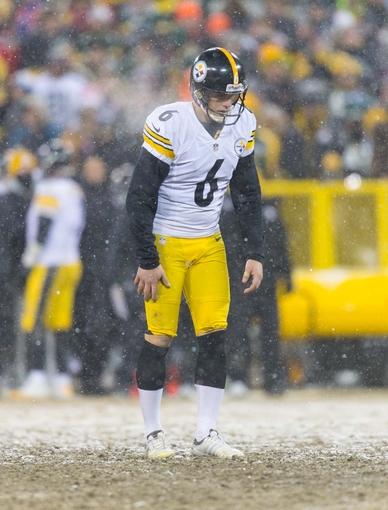 In the interest of accuracy, Suisham was actually drafted.  To the CFL.  Following a career at Bowling Green where he was an All-MAC Second Team selection under head coach Urban Meyer, the Wallaceburg, Ontario product was selected by the Ottawa Renegades in the third round.  Ottawa traded Suisham's rights to the Edmonton Eskimos.  He never played for either team.

Suisham found himself on the Dallas Cowboys practice squad in 2005.  Following a season in Dallas, and a short stint with the 49ers practice squad, Suisham hit his stride in Washington.  Suisham spent three seasons with the Redskins, returned to Dallas for a year, and has been a Pittsburgh Steeler since 2010.  For his career he has connected on 83% of his field goals and holds the distinction of being the only kicker in NFL history to twice hit four field goals of 40+ yards in a game.

Stofa was the Buffalo starting quarterback in 1962 and 1963, establishing new Bulls records for passing and total yardage in his career.  While at Buffalo, Stofa also excelled on the baseball diamond.

Stofa's professional football career began in 1966 in Miami with the AFL's expansion Dolphins.  Prior to the 1968 season Stofa was traded to the Cincinnati Bengals, the first player in that team's history.  Stofa threw the first touchdown pass in team history, during the first win in team history, a 24-10 victory over the Broncos.

After one season in Cincinnati, Stofa would return to the Dolphins, by then an NFL team.  Stofa played behind future Hall of Fame inductee Bob Griese for two seasons, appearing in seven games overall.  He was inducted into the Buffalo Hall of Fame in 1973. 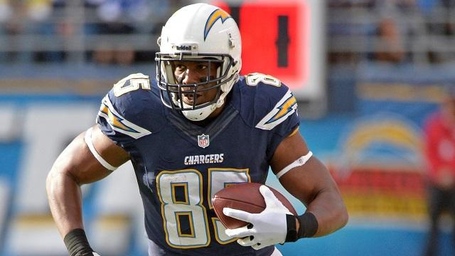 Not in college anyway.  Gates was a two sport star in high school, initially aiming to play both basketball under Tom Izzo, and football under Nick Saban, at Michigan State.  Gates enrolled at MSU, only to transfer to Eastern Michigan with a basketball only focus.  He played half a season with the Eagles, then two junior colleges, before landing at Kent State for the final two seasons of his collegiate career.

Gates was an Honorable Mention All-American his senior season, averaging 20.6 points and 7.7 rebounds for a team that reached the Elite Eight as a ten seed in 2002.  The Golden Flashes were 54-16 during his two seasons.

Gates didn't receive rave reviews from NBA scouts following graduation, so he arranged a workout in front of NFL scouts.  The first team he worked out for was the San Diego Chargers, who were sufficiently impressed enough to offer him a free agent contract.

Gates has played all 11 seasons of his marvelous NFL career in San Diego.  He is an eight time Pro Bowler, five time All Pro, and was named to the NFL 2000s All Decade Team.  In 2010 his basketball jersey number, 44, was retired by Kent State. 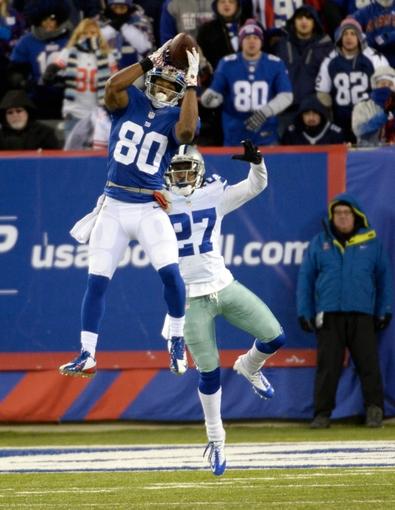 Hey look Massachusetts!  We included you!  The man responsible for the interest of salsa dancing among football fans nearly didn't have a college career worth reading about.  On two occasions Cruz was sent home from UMass for academic reasons, then of the Colonial Athletic Association, and after joining the team continued to struggle with his grades.

Cruz would right the ship, graduate with a degree in African-American studies, and be named all conference in 2008 and 2009.  Cruz is fourth all time on the UMass receptions list, despite not starting a game until his junior season.

Cruz was signed the day after the NFL Draft by the New York Giants in 2010.  Cruz, like Blackburn, earned a Super Bowl ring in 2012.  He was named to the Pro Bowl in the 2012 season, and holds the New York Giants season record for receiving yards with 1,536. 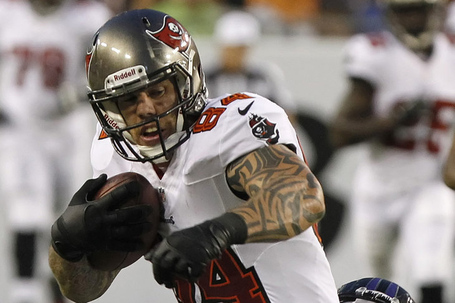 Crabtree, known more for his blocking, didn't put up statistics at Miami that would catch the eyes of many.  In four years with the RedHawks, he caught 40 passes for 329 yards and two touchdowns.

The Chiefs took a shot on him.  In 2009 he appeared in all four of Kansas City's preseason games, making it to the final roster cut before being waived.  The Chiefs would then sign him to their practice squad, releasing him after week three.

Crabtree found himself in Green Bay before season's end, and he would spend three seasons with the Packers.  His first full season in Green Bay, Crabtree became a Super Bowl champion.  He started all sixteen games for the Packers, and caught the first touchdown of his NFL career in a wild card game against the Philadelphia Eagles.

Crabtree signed a two year contract with the Tampa Bay Buccaneers in March of 2013.

Perhaps the most impressive of our list of UFAs.  Costello has a life full of accomplishments without including his exploits on the gridiron.  Costello wouldn't begin his career with the Cleveland Browns until the age of 25.  After playing football, baseball, and basketball at Ohio, Costello played two seasons in the Cincinnati Reds farm system and served in the United States Air Force.

Costello was named the starting middle linebacker for the Cleveland Browns for their 1957 campaign.  At 6'0" and 230 pounds, he was considered among the fastest and most athletic to ever play the position.

He missed just two games in his NFL career, and played in three championship games.  Costello won a title in 1964 with a 27-0 destruction of the Baltimore Colts, intercepting Johnny Unitas.

Today Costello resides in Kansas City, Missouri, and owns a company that makes and designs sports collectibles, including a line for the Pro Football Hall of Fame.

Parmalee was working for UPS when he received the opportunity to workout for the Miami Dolphins.  He would appear in 104 games with the Dolphins, totaling 1,959 yards rushing, 1,306 yards receiving, and 18 total touchdowns.  Parmalee spent two seasons with the Jets after his time in Miami. 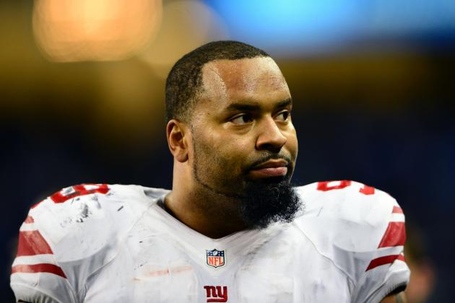 Jenkins started his career in 2003 as a rookie free agent with the Packers, backing up Kabeer Gbaja-Biamila.  Jenkins became the starter the final month of the 2006 season, finishing the year with 6.5 sacks, including three in one game against Detroit.

Jenkins played seven seasons with Green Bay, winning a Super Bowl ring with the Packers in 2011.  After two seasons with the Philadelphia Eagles, he signed a three year contract with the Giants in March of 2013.

Stop the list!  We found an undrafted Eastern Michigan Eagle with NFL success!  Dalton was a two time All-MAC Selection and selected as the co-defensive MVP for the Eagles his senior season, in 1997.  Dalton was also invited to play in the Hula Bowl all star game.

Dalton signed with the Baltimore Ravens in 1998.  He earned a Super Bowl Ring in 2001 when the Ravens defeated the Giants.  In his career, Dalton would also play for the Broncos, Redskins, Chiefs, and Texans.  For his eight year career he amassed 110 tackles, 9 sacks, and 3 forced fumbles.

Tyrrell was a dual threat quarterback at Northern Illinois before that was such a thing.  He was named the MAC Player of the Year in 1983, yet went undrafted.

Tyrell found his niche in the special teams department.  Despite totaling just 47 yards on 12 carries in a five year career, he was voted runner up for "Best Special Teams Player" in the NFL while with the Falcons in 1985.  Tyrell was also a Pro Bowl First Alternate in 1987 and 1988 with the Los Angeles Rams.

Tyrell's NFL career concluded after a season with the Pittsburgh Steelers in 1989.

Lurtsema starred at defensive end, and sometimes tight end, at Michigan Tech and Western Michigan before embarking on an NFL career that spanned a decade.

Lurtsema would later become a local celebrity in Minneapolis, appearing in TCF Savings and Loan commericals, and as the owner of Benchwarmer Bob's Sports Cafe. 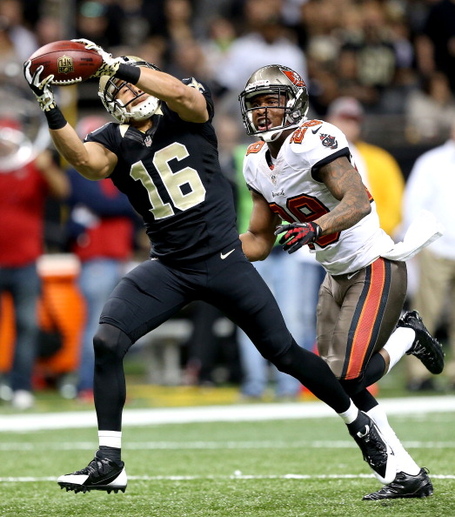 Sometimes reading that these guys went undrafted is understandable.  That is not the case with Lance Moore.

The wide receiver from Westerville, Ohio rewrote the Toledo record books in a dazzling collegiate career.  Moore is the only receiver in Rockets history to log two 1,000 yard receiving seasons and established a new school record with 14 touchdown receptions his senior year.  Twice he was an All-MAC First Team selection.

Yet he went undrafted.  The Browns signed Moore, only to soon after release him.  The Saints eventually signed him to their practice squad, later allocating him to the Berlin Thunder of NFL Europe.  Finally in 2007, Moore would get his shot to start for New Orleans.

Moore's most impressive season came in 2008.  Starting for the injured Marques Colston, Moore caught 79 passes for 928 yards and 10 touchdowns.  His eight year career in New Orleans including winning a Super Bowl ring, when the Saints defeated the Colts in 2010.

Moore signed a two year deal with the Steelers in March of 2014.

Pro football player back in the 20's.  Killed a dude.  Shooting was ruled accidental.  I've no reason to believe otherwise.  Still, I can't put his name in big bold letters.  He's been dead 40 years.  He's not upset.