MAC Gems: Memorabilia for Sale on eBay Your Collection is Incomplete Without

Share All sharing options for: MAC Gems: Memorabilia for Sale on eBay Your Collection is Incomplete Without

There's been talk of expanding MAC Gems to an additional mid week article.  Some of you lamented, "Keith I appreciate all the useless crap on Friday afternoons, but what about useless crap on Tuesdays?"  Be patient.  There's plenty of useless crap out there.  And you know when a Toledo ring hits auction, we'll be there.  Your May 9th MAC Gems: 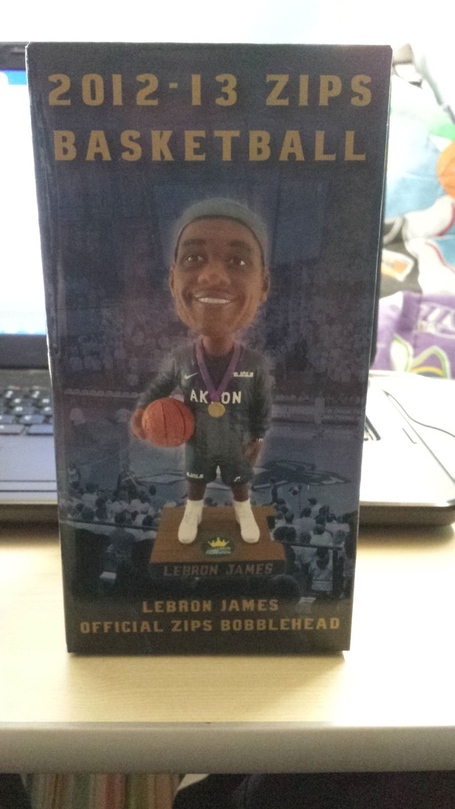 Oh my goodness gracious.  Imagine the possibilities.  Dambrot coached the four time MVP, two time NBA champion, and All-Everything James while at St. Vincent's-St. Mary's High School in Akron.  James, known by some as the "Akron Hammer," stays loyal to his Ohio roots, working out in Akron during the offseason, despite that little thing about leaving Cleveland that left fans mildly irritated.  The mind runs wild when thinking about how good an Akron squad with Dambrot at the helm and LeBron playing whichever position he chooses could be.  So how close was it to happening?

He tried to declare himself eligible for the NBA Draft after his junior year of high school.  Still, it's a cool piece. 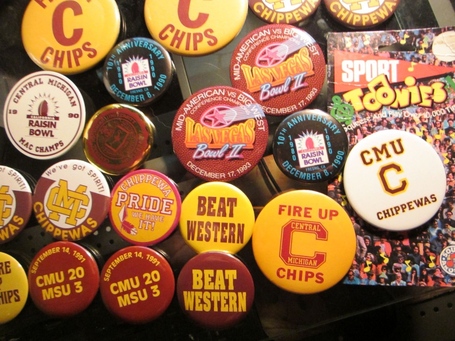 Not a bad collection of CMU buttons and pins from a fan who is clearly at least 85 years old.  Those are the only people buying/keeping buttons.  They're also the only purchasers of programs in today's sports world.  Either way, not a bad way to burn a twenty dollar bill for the dedicated Central Michigan collector.  I'll save you some time, the Las Vegas Bowl button is from a blowout loss, 52-24 against UNLV.  The Raisin Bowl button, a 48-24 loss to San Jose State.  Some wise soul decided to wait until after a game was played to create a button, marking Central's 20-3 upset win over 18th ranked Michigan State on September 14, 1991.  It was definitely the highlight of a season where the Chips, get ready, finished 6-1-4.  FOUR TIES.  That friends, is a waste of a season. 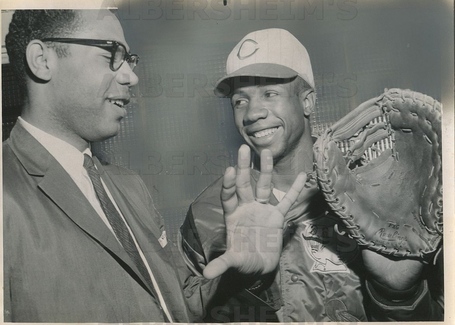 This is super cool.  Two Cincinnati sports world heavyweights in an original photo.  Frank Robinson is one of the most influential people in baseball history.  Robinson's Hall of Fame career spanned twenty-one years and five teams,  By the time he reached retirement he had hit the fourth most homeruns in league history.  When his playing days were over, he became Major League Baseball's first black manager, leading four teams in twenty years at the helm.

Wayne Embry's our MAC rep.  At Miami, Embry was a two-time All-MAC selection, and led the then Redskins to MAC titles and back to back NCAA Tournament appearances in 1957 and 1958.  Today he is still the school's all time leading rebounder.  He was a two time Honorable Mention All-American and Miami retired his number 23 jersey.

In an 11 year NBA career, Embry was named to five All-Star teams.  Eventually he would retire to take a regional sales position with Pepsi.  His buddy Bill Russell would coax him out of retirement, and the two would help lead the 1968 Boston Celtics to the NBA Championship.

His career as an executive may be even more impressive.  As the NBA's first black general manager, Embry paired together Oscar Robertson and Lew Alcindor, who lead the Milwaukee Bucks to the NBA Championship.  Embry has twice been named NBA Executive of the Year, in 1992 and 1998.

So that's MLB's first black manager, and the NBA's first black general manager in an original photo from their playing days.  Could be worth $150. 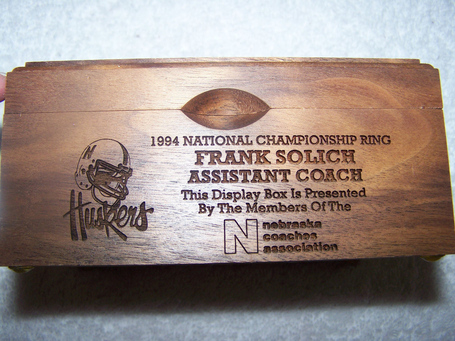 Of course we all know Fearless Frankie as the leader of the Ohio University Football Bobcats.  And his tenure in Nebraska and subsequent firing was all made very public.  But before Solich joined the head coaching ranks, he was but a lowly running backs coach for the Cornhuskers.

1994 was a magical season for the Cornhuskers.  Utilizing the largely unwatchable triple option offense, Nebraska ran through the season undefeated, defeating Miami in the championship game, 24-17.

Now we know that Toledo alums are allergic to championship rings, but I'm going to give Solich the benefit of the doubt and assume he's still got his bling.  That said, I've not seen something like this come up on eBay before.  The seller has put a minimum bid on it of $225 and a buy it now price of $300.  Could this really be worth $225?

The answer is no.  No it is not worth that much.

You know what you should do though?  You should buy it, for $50 bucks, turn it into a humidor, and display it flanked by your LeBron James and Keith Dambrot bobbleheads.  Then you sir, will be in the running for the Hustle Belt. 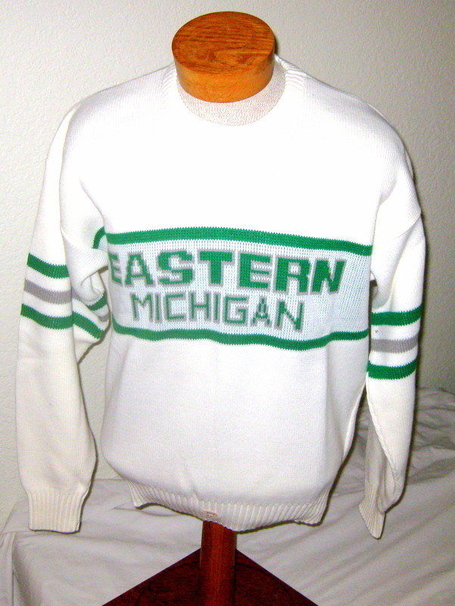 Comes with a buy it now price of $125 which is insane, but I do have to give this one credit.  It's slightly less nauseating than the Bowling Green sweater we featured last week.  We've already outfitted Alex Alvarado and Matt Daley for the Hustle Belt 2014 Christmas Party.  We'll work on the rest of the crew, but we do have something for the Toledo fans working on a budget.  You're welcome.

Have you ever wondered what an eBay search for "Hustle Belt" turns up?  Here is the very first item: 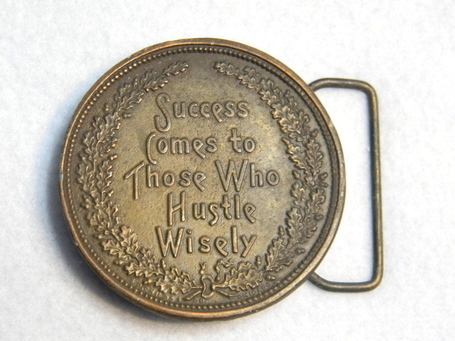