Belt Loops: 'Battle For the Bell' Will Be Back, So We Searched For Tweets

And they're pretty off-topic to say the least.

Share All sharing options for: Belt Loops: 'Battle For the Bell' Will Be Back, So We Searched For Tweets

Thanks to the Bahamas Bowl, schools in the Mid-American Conference and Conference-USA have to take care of their teams by making sure everybody has their passports, just in case that's where these teams end up.

"Our schools were proactive in trying to jump on this issue early, and that really means getting with your student-athletes now, collecting the information you need and getting the various applications in so we're not scrambling around in December," Steinbrecher said.

If you couldn't tell by the name of the author of today's Belt Loops, there's bound to be something Eastern Michigan related. Yesterday, we talked about one journalist's hot takes on the school's new field. Before football gets played on the new field, the team is busy playing dodgeball on the old one. 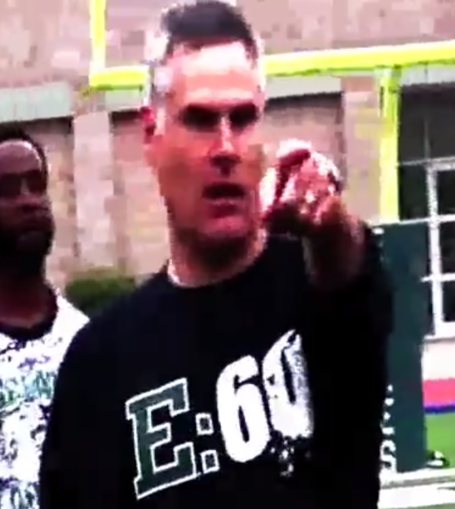 Battle for the Bell will be back! An awesome football rivalry that a lot of MAC fans are going to miss, but at least Ohio won it this past season. I've liked Marshall since I was in high school, so I'm slightly excited for the games to start back up five years from now. I wanted to see who else was happy for these games to start back up again, so Twitter seemed like an easy target for some fans to express their feelings for it. This was my reminder that searching things on Twitter will give you some radical results.

doctor rang the bell at the jail door, prepared for battle.

Kafir has pushed muslims. And for a while we were quiet. Now lions roar and there is no turning back. The bell has rung & the battle is now.

The Battle for the Brew. Watch Beer Wars at the Bell House with a fine beer and cheese pairing. With @brooklynbased. http://su.pr/8ydZSL