These young punks with their "Go Daddy Bowl!" Back in my day....

Share All sharing options for: MAC Gems: Marshall, Chappelle, Roethlisberger, and the Aerial Assault in Alabama

I'm stepping gingerly into this week's installment of MAC Gems, because we've actually included two Marshall items, which may not sit well with some of our Mid-American Conference fans.  It's delicious bowl game goodness though.  We're always looking for great MAC Gems finds, so feel free to send any treasures to @BSUKeith.  Buy one, and Hustle Belt may just have a job for you.  Your June 27th MAC Gems: 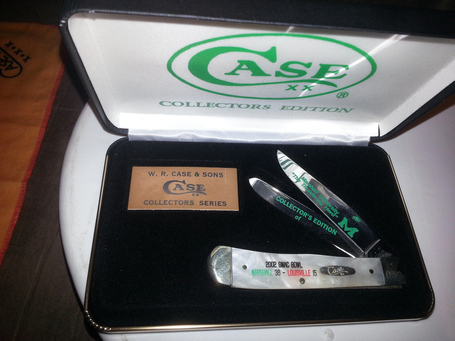 That's not a knife.  This is a knife.  From a bowl game.  That's renamed and featured a team that's no longer in our conference.  In what is one of the stranger ways to commemorate a bowl victory, you can be the proud owner of this pocket knife, plus pearl case, for just 80 bucks all in.  In 2002 Marshall won the East, then the MAC, knocking off Toledo 49-45 in the championship game.  The GMAC Bowl would be a markedly easier task, as the Thundering Herd ran it up on Louisville 38-7, before the Cardinals scored with two seconds remaining in the game.  Marshall would finish the season 11-2 overall, 19th in the Coach's Poll, 24th in the AP. 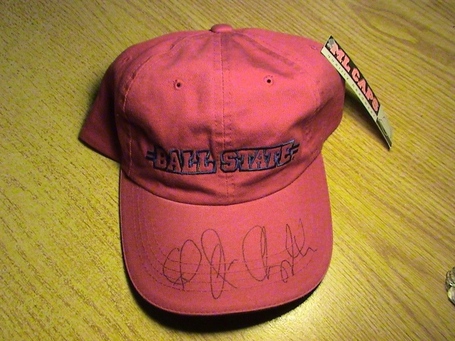 Finally!  An opportunity to mesh your love of Chirp Chirp Nation with your love for comedians who occasionally leave their craft to go find themselves.  An odd item to come across MAC Gems, Chappelle performed at Emens Auditorium on the Ball State campus in 2004.  The tags attached to the hat suggest this was never actually worn, and purchased solely to get the signature.  Someone along the way thought to have this unique item certified, and you'll pay for it.  Buy it now plus shipping will run you $136. 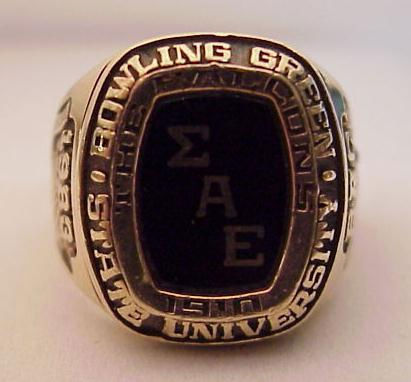 It's sneaky, I know.  Really we shouldn't be including rings that are not sports related, but we're suckers for college rings over here, so here you go.  This Bowling Green 1983 class ring will set you back $479, buy it now, after shipping.  The ring clearly belonged to an SAE graduate, so I'll catch you up: 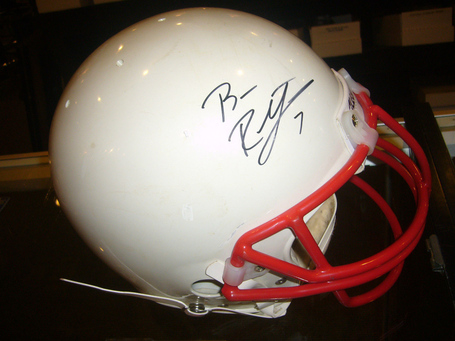 Autographed college helmets are considerably rarer than signed NFL memorabilia.  Rarer still, is an autograph on a full sized helmet versus the mini helmets you'll easily find on eBay.  That makes this one hard to figure out.  It's red, it's white, but it's not a Miami helmet.  In fact there's a sticker on the back that reads "Limited to ages 14 and under."  It has been professionally certified, and will run you 560 bucks.  Any RedHawks fan knows of Big Ben's accomplishments at Miami, his successes on the NFL level, and the sparkling example he sets off the field. 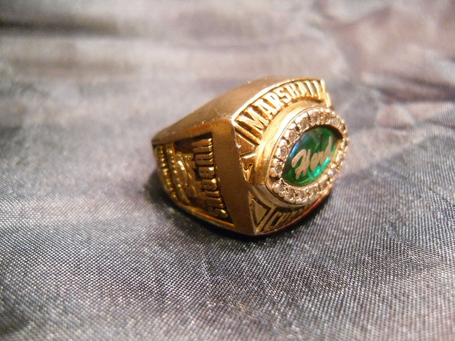 Ok, you're going to love the investigative work I did here.  This is a Marshall championship ring featuring the name "Huggins."  We also get notation that commemorates winning the MAC's Eastern Division, as well as the GMAC Bowl.  You'd think that would be enough to figure out the year on this ring.  It's not that simple.

In 2001 and 2002, Marshall won the MAC's Eastern Division, won the GMAC Bowl, and had sometimes WR, sometimes DB, sometimes practice squad player Marquis Huggins on their roster.  I racked my brain trying to figure out what year this ring was from, and then it hit me.

Why would you put Eastern Division Champions on the ring?  Why not MAC Champions?  Ah-ha!  Because they lost in the MAC Championship game, which the Thundering Herd did, 41-36 against Toledo in 2001.  That means this ring is from the '01 GMAC Bowl, where Marshall defeated Eastern Carolina by the score of, get this, 64-61 in double overtime.

The game set numerous records.  Among them, it was the highest scoring bowl game of all time, and featured the largest comeback in bowl game history.  Byron Leftwich tied the record for passing yards in a bowl game with 576.  By the time you read this there will be about 30 hours left to bid.  So if you want to remember the Aerial Assault in Alabama with class, jump on this beauty immediately.

I am the Encyclopedia Brown of Hustle Belt.