Is this championship ring from the greatest season in Bobcats history?

Another MAC championship ring shows up on eBay.  What's the story?  Death, divorce, drugs?  IS IT DRUGS??  Obviously not, Bobcats wouldn't get mixed up in that sort of thing.  Oh, and if you're looking for 90 year old MAC memorabilia, you've come to the right place.  Your July 11th MAC Gems: 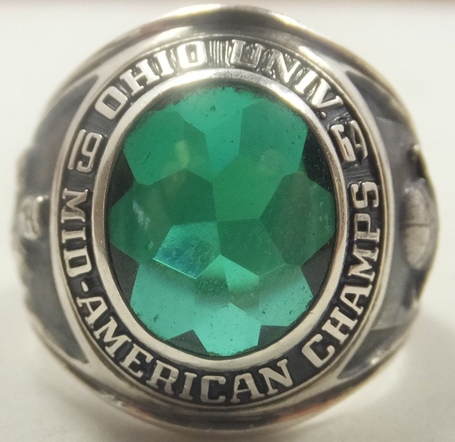 Some Bobcat bling to start your Friday.  This one will be gone before the weekend is out, so jump on it.  Zero bids right now, starting bid $124.95, and free shipping.  If I were a Bobcats fan, I'd be all over this one, it's from a pretty significant time in Ohio basketball history.  The 1964 squad captured the MAC Championship with a 19-5 record, including 10-2 in league play.  The Bobcats were far from finished though.  In the NCAA Tournament, Ohio knocked off Louisville in the first round, and Kentucky in the second round, before falling to Michigan in the Elite Eight.  Here's a good writeup on the '64 team. 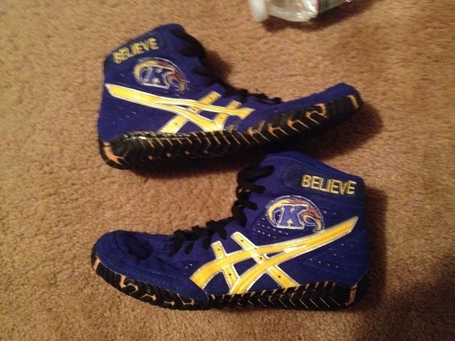 Don't ask me how these wrestling shoes keep turning up on eBay, but they do.  Evidently dropping flying elbows from the top turnbuckle after graduation is not as lucrative as I suspected.  These size 8.5 Asics were worn for matches but according to the seller show, "absolutely no signs of wear."  How good is Kent State wrestling?  11 regular season titles, 10 MAC Tournament crowns, and 12 NCAA Tournament appearances.  The Golden Flashes were once led by Joseph Begala, who compiled a 307-69-5 record across 42 seasons and was known as the "winningest wrestling coach."

Buffalo "Where Once The Indian Trod" Sheet Music 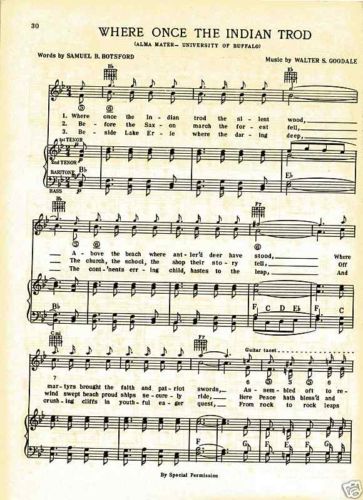 True University at Buffalo history here.  "Where Once the Indian Trod" has been the Alma Mater at Buffalo since 1902.  In 2006 a new version of the song was written.  You can read both here. Personally I'm more fond of the older version, particularly the lyric that reads, "Our Alma Mater by the inland sea."  This is not a photocopy, it's actual sheet music, from a 1938 book of college songs.  Buffalo fans can have this on the wall in their man cave for $13, all in. 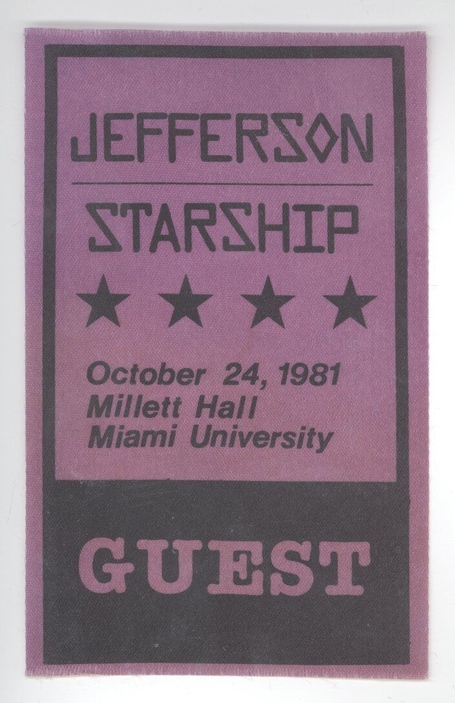 I'm constantly surprised by what's collectible and what's not, and that's why you need to see this piece.  In 1981 Jefferson Starship released the the album Modern Times, including the all-time classic "Stairway to Cleveland."  Their 1981 tour brought them to Miami for an October concert at Millett Hall.  This is a backstage pass from that concert, yours for a grand total of $11.  I'm unsure of exactly how collectible this is, but it is worth noting that what you're looking at is actually made of cloth. 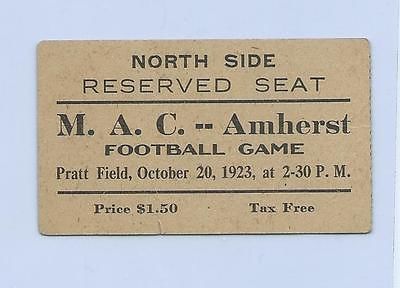 This is a very interesting piece of history.  The first thing that jumps out is that the ticket reads, "M.A.C."  MACtion doesn't date back to the 1920's though, that actually stands for, "Massachusetts Agricultural College."  The football team representing M.A.C. was actually known as the "Massachusetts Aggies."  This of course is the school and team that ended up being the UMass Minutemen that you know and love today.  This is a ticket from a 1923 game against the Amherst College Lord Jeffs.  Ticket is listed in excellent condition and has a starting opening bid of $20.00.  Bidding will be done by the time the weekend is out.  The Lord Jeffs, who now compete on the Division III level, took this one from the Aggies, 7-3.