Happy Fourth!  There's nothing more patriotic than MACtion.  Pick up one of these gems! 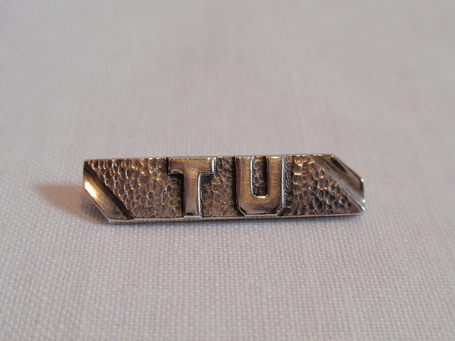 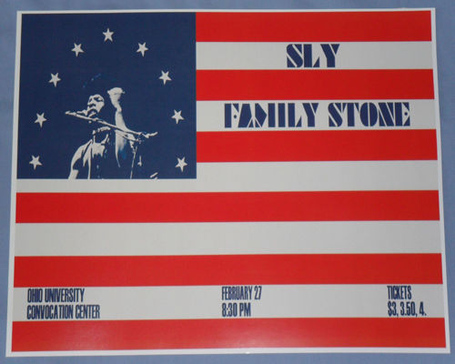 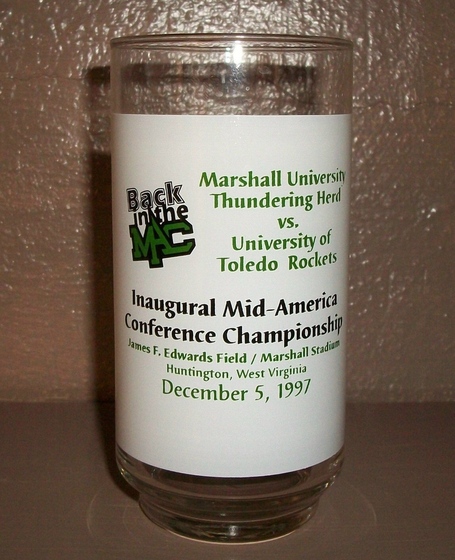 Was this the beginning of MACtion?

NO BECAUSE IT INVOLVES MARSHALL.

Though it is the first MAC Championship Game in league history.  Marshall represented the East, Toledo the West.  The Thundering Herd would take this one, 34-14, though the game was closer than that score would indicate.  The Rockets held a 7-3 halftime lead.  Randy Moss brought home MVP honors, catching 7 passes for 170 yards and 3 touchdowns.  Marshall would go on to the Motor City Bowl, losing to Mississippi 34-31, while Toledo stayed home during bowl season.  Today though, the Rockets have seen considerable success in the MAC, making seven bowl appearances across the last ten years.  No one knows what happened to Marshall. 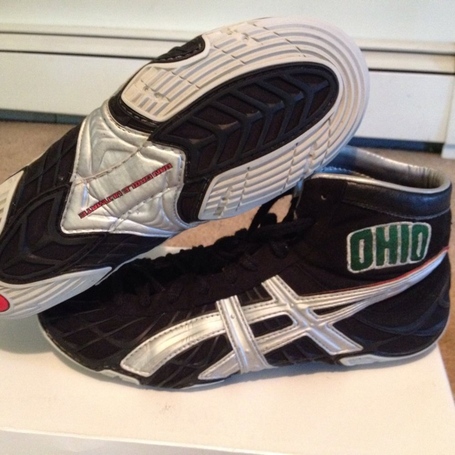 Let's start with the dollars.  These Ohio wrestling shoes were recently relisted after the minimum required bid failed to be met.  Now the reserve has been satisfied, the shoes are at 110 bucks, $11.25 shipping, and you've got about four days to get a bid in.  Who knows Mid-American Conference wrestling though?  Who wants an Ohio wrestling memento if their program is awful?  They're not.  The Bobcats have captured the second most team wrestling titles (15) in league history, behind only Central Michigan (16).

So I was all set.  Done with MAC Gems, had a final item, slap it up here, I was done.

Then, BANG!  I came across the Western Michigan jersey motherload (mother lode?)

Couldn't skip it, wouldn't be fair to @broncofitz.  Couldn't just put up one, these things come and go all the time.  So bonus MAC Gems for you.  Enjoy. 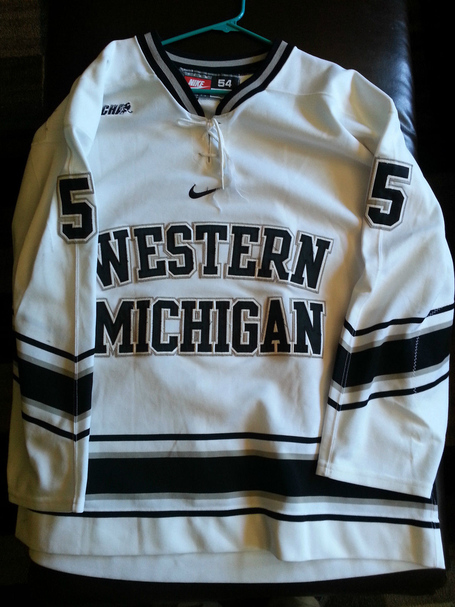 Today Danny DeKeyser is a defenseman for the NHL's Detroit Red Wings.  In 2014 DeKeyser scored 4 goals and 19 assists in 65 games.  With Western Michigan he was a Second Team All-American his junior and senior years, and was named the CCHA's top defenseman in consecutive seasons. A smoking deal for the diehard Broncos fan at $250 plus $15 shipping. 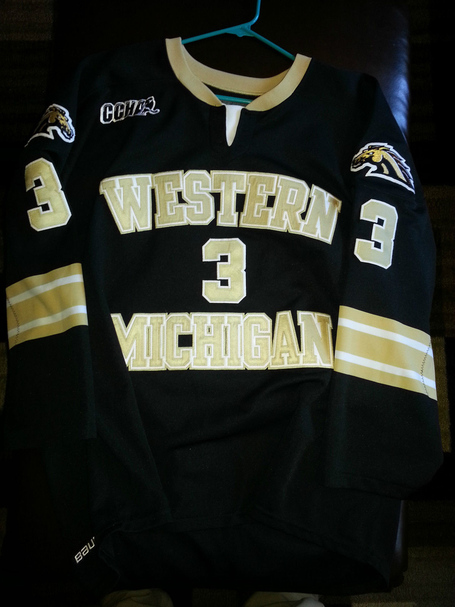 This one's a little trickier.  The seller, and yes it's the same guy, lists this jersey as game worn from Western Michigan's CCHA championship season.  The problem is that the Broncos won that championship in 2012, when no player on the roster wore number three.  So here are your options.  The last player to wear number three before that season was Mike Levendusky, in the 2010-11 campaign.  In 37 games Levendusky tallied two goals and two assists.  More recently the number was worn by Thomas Nitsche last season.  As a freshman Nitsche appeared in 25 games, scoring a goal and three assists.  I suspect the seller is aware of this issue, as it can be yours for 50 bucks less than the DeKeyser jersey. 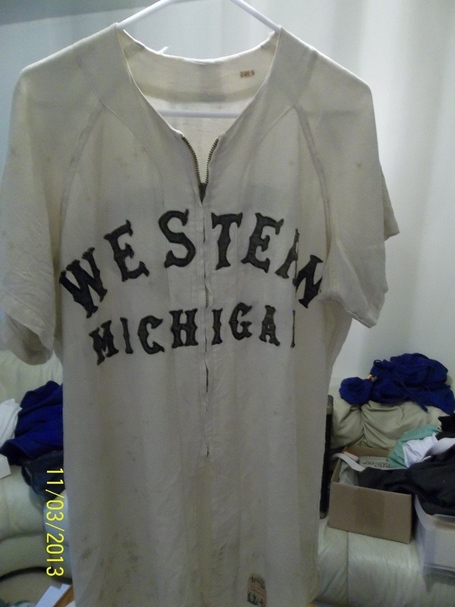 I saved my favorite for the end.  The seller doesn't really know what he or she has here.  Unfortunately, I'm hurting for info too.  Here's what I can tell you.  The 1967 Broncos were MAC champions, compiling an 18-5 overall record and outscoring opponents 109-50.  8-1 in league play, Western Michigan captured its thirteenth league title since 1949.  For those of you intending on wearing this casually though, be advised, the zipper does not appear to work.  There's a $249 opening bid on this gem, and it's currently being watched by ten people not named Keith.