We put all 12 MAC head coaches in the same house and let the TV cameras roll. So who gets the rose?

Everyone seems to be still caught up in the reality TV scene so I thought I'd extend the concept to MAC football.  Because I can't pull off a show like Hard Knocks and go to camp with a MAC team, I decided to do the next best thing.

What if all 12 head football coaches in the MAC were contestants vying for the affection of a single bachelorette?  Who would get final rose, rather than a trip to the Rose Bowl?

Now mind you, none of the coaches here have asked to participate in this nonsense.  In fact, most, if not all, are either marrie or in a relationship, and have children.  But let's not let those facts get in the way of some fun here.

The women participating here were in a bar at the time of their answers so there is a higher margin of error (+/-15 percent) because of the alcohol.  This poll was taken in Cleveland so a bias factor has also been considered for the Kent State and Akron selections.

Here are the results...

The final three bachelors (coaches) selected (in no particular order) are: 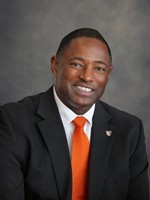 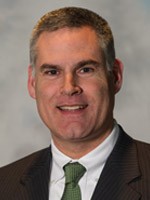 It's interesting to note that two of the final three finalists here are first year head coaches in the MAC.  Maybe that gives them an unfair advantage in this contest?  A few years of the coaching football in the MAC can certainly take a toll on your physical attributes.   Hell, Frank Solich might have won this thing seven or eight years ago.  Wait, he probably would have to had to beat out Toledo's Tom Amstutz and that's not a given.

Anyway, and the final rose goes to (drum roll please)....Dino "The Babe" Babers, as one bachelorette so eloquently put it.

Babers appeared on 75 percent of the "final three" ballots and got the most votes for the final rose with five.  Most of the comments surrounding Babers' picture were adjectives like handsome, distinguished, sweet, caring, and gentle.  I am pretty sure that's not words his players would use to describe him as they work their way through two-a-day practices at fall camp.

Some of the interesting comments on the other coaches' pictures included:

Terry Bowden (Akron)
"He looks like a big teddy bear I'd like to hug."
"I know that guy and I love his southern accent."

Frank Solich (Ohio)
"I'd like to party with that guy!"

Paul Haynes (Kent State)
"He looks like actor Terry Crews.  Can he do that thing with his pecks?"

Pete Lembo (Ball State)
"Isn't he a professional golfer?"  (I think she was going for either Jim Furyk or Stewart Cink)

Dan Enos (Central Michigan)
"Isn't he the guy that wears turtlenecks on The Big Bang Theory?"

Matt Campbelll (Toledo)
"He looks like the guy that lived next door to me my freshman year.  I think he flunked out."

Jeff Quinn (Buffalo)
"He looks like a guy that would be in charge of implementing Obamacare."

Be sure to tune in next week when the MAC Athletic Directors compete in "So You Think You Can Dance!"