MACtionary: Your Go-To Dictionary For All Things #MACtion

Share All sharing options for: MACtionary: Your Go-To Dictionary For All Things #MACtion

MACtion returns this week. But what exactly is MACtion? Dig through the MACtionary to find the definition for many commonly used MAC football words and MAC-specific definitions for football terms.

Battle of I-75 (n.) — An annual fight for gridiron supremacy, dating back to 1919, between rivals Bowling Green and Toledo, situated just 25 miles apart from one another on Interstate 75.

The Battle for the Bell (n.) — An annual war waged between Bobcats and Thundering  Herd in the Appalachian foothills along the southeastern Ohio - West Virginia border.

The Battle of the Bricks (n.) — An atrocious uniform design debuted by the Ohio Bobcats worn to cause spontaneous vomiting from their rival Miami RedHawks in their annual rivalry game.

A white out in Peden for the Battle of the Bricks vs Miami this Saturday! #ohiou pic.twitter.com/whHaMYXAJ3

B1G (adv.) — Being a self-serving snob; having an elitist attitude. ex. "Kirk Herbstreit is B1G."

The Bronze Stalk (n.) — A corn stalk sculpted from bronze, awarded to the winner of the Ball State - NIU football game each year since 2008. 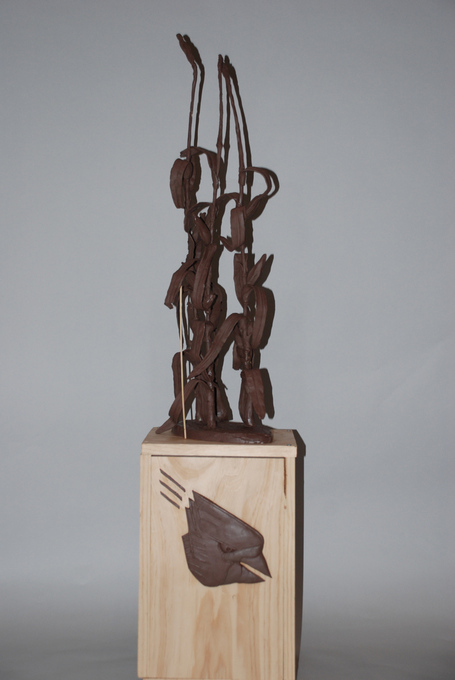 Bull Run (n.) — A popular hangout for the mighty blue bulls of Buffalo.

Chips (n.) — short for "Chippewa", a rowdy fan base of maroon and gold crazies, salty tortilla chips that pair well with salsa; ex. "Those chips are so crazy, I swear their diet consists of beer and chips."

"Close The Gap" (phrase) —  (1) One of the goals and mindsets instilled within the Eastern Michigan football program by new head coach Chris Creighton. (2) Something Ron English's orthodontist finds him or herself saying very frequently.

Cradle of Coaches (n.) — A magical baby cradle that has turned numerous infant coaches into the stuff of legends.

Detroit (n.) — A bombed out shell of a once proud city; the stuff of nightmares. Definitely worse than Cleveland.

The Factory (n.) — Home of the mighty Eagles of Eastern Michigan. Also a parking lot.

#FalconFast (adv.) — A speed so fast it makes light feel jealous. ex. "Dave Clawson got out of Bowling Green #FalconFast."

"Fire Enos" (phrase) — The calling sign of a rebel group of Central Michigan Chippewas fans, known for their incessant battle to remove Dan Enos from his position as head of the Central Michigan football state.

fire up (v.) — to get pumped, to excite, to motivate; ex. "I fire up knowing we have incoming transfers from the Big Ten."

What do we think of the business cards for @WMU_Football coaches?? pic.twitter.com/PnLuamcsO3

hick conference (phrase) — a derogatory term used by Philadelphians to describe the Mid-American Conference and its officials following a Nov. 2011 meltdown by the Temple Owls in Athens, Ohio.

Huskie Stadium (n.) — The castle of the dark dogs of DeKalb, where college football team's go to die. (nightmare fuel).

THE Hustle Belt (n.) — A crudely designed MS Paint championship belt, given annually to the MAC's best football player since the fall of 2013. Also the lightest championship belt in circulation, due to it's printer-paper construction. 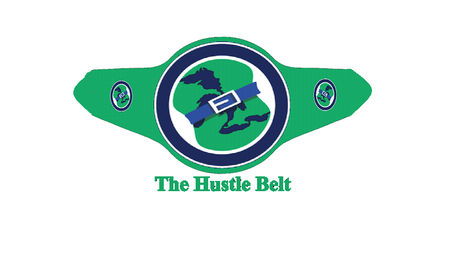 LeFevour (n.) — Hysteria found mainly in Central Michigan fans worshiping the many accolades of quarterbacks with the first name "Dan" or "Daniel"; ex. "Oh, I shouldn't have partied too hard when I rushed the field after our win. I feel like I'm coming down with a LeFevour."

Lembotomy (n.) — The act of getting picked apart by the cerebral assassin himself, Pete Lembo.  ex. "That Lembotomy the Colgate Raiders just received was textbook."

They have ran out of pizza for the media at the Little Caesars Pizza Bowl. How does that happen? pic.twitter.com/qXly7JFpqO

MACrifice (n.): The act of getting slaughtered on the gridiron by a college football blueblood for a paycheck. SEE: Kent State's trip to Ohio State or Miami's trip to Michigan.

Marshall Thundering Herd (n.) — Backstabbing traders, not to be trusted with anything.

Mid-America (n.) — A geographic region that slowly crept out of the Great Lakes region to encompass most of the United States east of the Mississippi River. See UCF in the MAC.

Molnared (v.) — Getting an entire fanbase worked up for a pair of one win season. See Also: Flecked. (ex: "The UMass fans were Molnard pretty hard in their transition to the FBS.")

UMass (v.) — Playing a sporting event (football preferably), in which a team (usually the UMass Minutemen) plays well enough to win up until the very last minute. (See Miami vs. UMass football, 2014)

"Row The Boat" (n.) — A move performed by dancing broncos at the conclusion of the third quarter during Western Michigan football home games. Also the name of an ill dance mix by DJ Ill Mix.

safety (n.) — a penalty called for the act of throwing a ball away on the four-yard line in MAC play; same punishment as a traditional football safety.

#WTF (acronym.) — Worst To First, derived from the original #WTF, meaning "What the F**K".