Imagine that you are a student in Central Michigan’s school of business. You have either graduated, or you have somewhere between a few classes and a full year left. You have an internship at a local business. The internship is unpaid, but they do cover your college tuition. In your fourth year working in one of these types of internships, you break out and really excel at what you do. You and your co-intern who is also from your native Texas, make for a really great pair and for a minute it looks like you might take the company to new heights. But then that doesn’t really happen. You do receive some pretty cool accolades for your work, though. 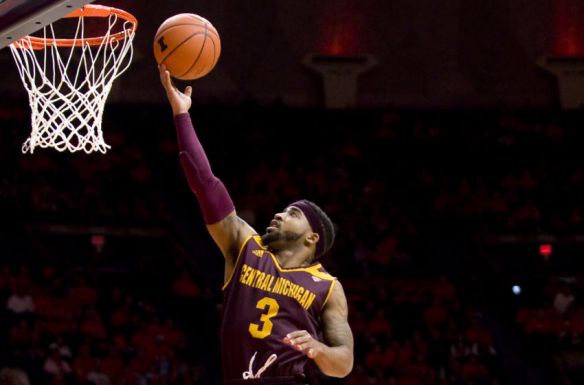 In fact, you might be able to get paid to do this kind of work. There’s some chance that an American company would hire you for a paid position. Most people say it’s kind of a long-shot, but, if it worked out, you’d be making $550k. But even if an American company doesn’t want to hire you, you can rest assured that a European firm will offer you somewhere between $100k-$200k. Your line of work is very physical. Most people can only really find employment in this field until their mid-30s, at which point the body deteriorates too much to perform. You’re already 22, so you’ve probably really only got ten years to get paid. There is also a high risk of injury in your field. It’s not rare for a worker to get hurt in such a way that drastically impacts his earning potential.

But! if you hire someone to assist you in your job search, you will not be able to return to your unpaid/scholarship internship in Mt. Pleasant, MI! So, you must choose.

A) Hire someone to help you with your job search, thus forfeiting your internship as a backup plan. But likely earning $100k-$200k in Europe for your work.

B) Return to your internship, giving yourself a chance to improve your resume. But also risking an injury that could impact your earning potential and forfeiting one of a finite number of years in which you’ll be young enough to earn money in this line of work.

I’m not sure about you, but I picked A, and I really didn’t have to think about it all that hard either.

The RF readership is a clever bunch, so I don’t need to tell you that the above analogy was about Marcus Keene's decision to hire an agent and forego his Redshirt-Senior year at CMU. I recently stumbled upon a piece by CBS Sports’ Matt Norlander titled "Ten players taking a big risk in the NBA draft but should have stayed in college". Marcus Keene was one of the ten players. The section on him is copied in full below.

I was bummed to see Keene walk away from college ball. He would have been one of the most enjoyable and interesting stories had he decided to stay. He led college basketball in scoring last season, putting up 30 points per game in addition to 4.9 assists and 4.5 rebounds. Keene became the first Division I player in 20 years to average 30 points.

He was relatively efficient, too, hitting 36.8 percent of his 3-pointers and 52.2 percent of his 2-pointers. Keene became more well-known as the season went along, but that was nothing compared to the publicity he would have received if he had come back. Preseason All-American was not out of the question. Another year of dominance, even if at a smaller school, would have brought him more recognition and higher demand in the overseas market. Keene has no shot of being drafted, as he’s 5-9 and 22 years old.

It’s not a risky move, so to speak, for him to sign with an agent and move on. But had he returned, CMU could have had a really good chance of going to the NCAAs, and Keene might have become one of the most discussed players in college basketball in 2017-18.

To be fair, Norlander admits that this move is not "risky" and that he’s really just "bummed" about Keene not coming back. Earlier in the article he briefly acknowledges that these decisions are not easy. Also in fairness, we here at RF know what the pressure to make a list article feels like. Sometimes it leads you to stretch things a bit. Sometimes it might lead you to write about something you’re really not very well informed on, like the 2017-18 MAC basketball field for instance.

But this isn’t isolated. This is indicative of a larger culture that thinks of college athletes as the playthings of the fans. Marcus Keene is a person. He’s making an economic decision that he believes is best for him. He is also stepping into an economy in which many people his age, whether because of their love of avocado toast or perhaps something more structural, are struggling to gain a foothold.

Marcus Keene will probably not play in the NBA, although Isaiah Thomas and Kay Felder enjoying success certainly doesn’t hurt his chances. The odds are just stacked against anyone trying to play at that level. But he almost certainly will make a lot of money playing in Europe. And finishing his degree (if he hasn’t already) in the offseason would be entirely practical. Fans must remember, Keene’s goal in life is not to elevate the Central Michigan basketball program or provide entertainment for Matt Norlander. Like all of us, he bases his decisions off of a unique and complex set of wants, needs, goals, and desires. When viewed through a more humanized lens, it becomes much more difficult (dare I say impossible) to make the argument that he has made some big mistake by choosing option A.

If you find yourself criticizing Keene, make sure you’ve taken a second to really think it through from his perspective. Or, you know, just don’t.