P.J. Fleck and WMU wrapped up its historic 28-man recruiting class early Wednesday. Let's take a look at what it all means.

After a rocky 2013 season, P.J. Fleck made a statement on National Signing Day. The Western Michigan Broncos wrapped up a historic recruiting class early Wednesday, and celebrated with a toast of apple juice.

Coach Fleck with a toast to the staff... (relax we have confirmed it's just apple juice) pic.twitter.com/2gfktOXtpA

The class wound up being 28 players deep, including one greyshirt (a redshirt walk-on with a promise of scholarship next year), Jacari Faulkner. The class will likely finish somewhere in the Top 60 range nationally. It's a truly impressive haul, that featured plenty of offensive talent. The class featured 16 3-Star recruits in all, with no player being rated lower than 2-Stars. On paper, this is the best class ever by a MAC school.

PODCAST: What Is P.J. Fleck's Secret? 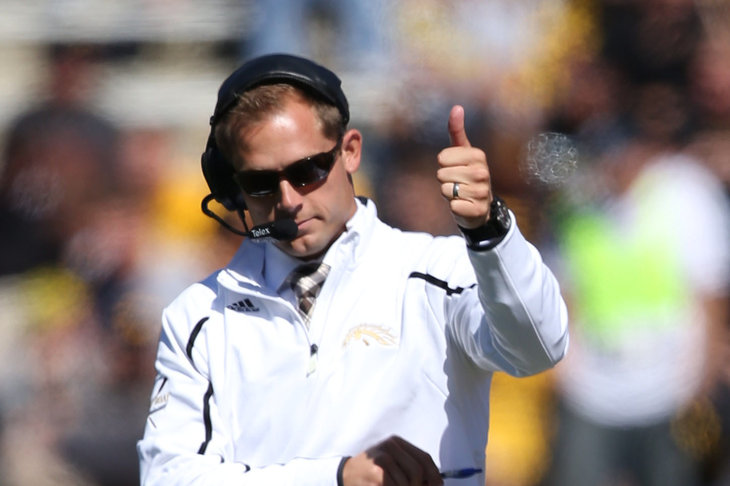 In advance of the 2014 Signing Day festivities, we talked with BroncoBlitz.com staff writer Brian Persky to check out just how P.J. Fleck was able to put together such an amazing recruiting class.

With a class this talent rich, Broncos' fans are likely to see many of these players contribute right away. Tight end Lucas Bezerra, ATH/WR Asantay Brown, and wide receiver Jay Harris are all already on campus and will participate in spring ball. With five offensive lineman in this class, all 3-Stars or higher, we're likely to see a lot of fresh new faces on WMU's line in the fall. Brian Persky of BroncoBlitz.com told us earlier this week that as many as 11 or 12 of these freshman could wind up starting in 2014.  One of the countries youngest teams in 2013 will be even younger this season, and will actually have increased its talent level while doing so.

With a class this loaded, it's hard to pick out any true standouts, but I'm up for a challenge, so let's try to anyway. Obviously Lonnie Johnson is a standout signee in the class. The top rated recruit WMU signed to its 2014 class is considered one of the top recruits in the nation at his position, and is also a Top 10 recruit in the state of Indiana. Considered a 4-Star recruit by 247Sports, Johnson is a stud. He is certainly going to get immediate consideration for playing time as a freshman. He chose WMU over offers from the likes of Ohio State, Nebraska and Missouri, among others.

Chance Stewart, the lone QB in Fleck's 2014 class, is also a standout player, as any quarterback would be. Also a Top 10 Michigan recruit, Stewart is considered the 25th best pro-style QB in the 2014 class. Stewart was one of Fleck's earliest commits, picking WMU over the likes of Wisconsin, Toledo and Illinois way back in April. At 6-foot-5, 210 pounds, Stewart has the NFL-size we rarely see in the MAC, and an arm to back it up.

Probably the player with the highest ceiling though is big offensive tackle Chuckwuma Okorafor. Why? Well, he just started playing football a few years ago, and received a lot of late attention. Ohio State swooped in on him in the final days, but still Okorafor chose to stay with WMU. He has the size and athleticism to be an elite tackle, with some work on technique he'll get there.

It's really hard to ask for more from Fleck. He set out on a mission when he arrived in Kalamazoo, and he's delivered. Even early players such as Stewart, who some may have been concerned would deflect, stuck it out. Fleck talked the talk and backed it up by signing everyone. If I were to give this class a grade, I'd give it an A. Not quite an A+ because while Fleck went after athletes, the running back position could have used a real home run. The three players signed are good prospects, but not one of them makes me say "WOW" the way Lonnie Johnson or Okorafor does.

Here's a look at the full recruiting class: