Shooty hoops, football and chicken wings. IS there a better Sunday, ever?

MAC Basketball, and the Super Bowl on the same day? Sounds like a good day to me.

Our lone MAC Basketball game has a lot to live up to following Saturday's epic day full of truly thrilling games. Five games all decided by five points or less, including a pair of overtime games. But Buffalo and Bowling Green are no scrubs. The Bulls are a half a game behind Akron and Ohio in the MAC East, and the Flacons have proven they can hang with just about anyone. It's Javon McCrea vs. Richaun Holmes. Two of the conference's best bigs. Did I mention you can see it all for free on the MAC Digital Network (via MAC-Sports.com) at 2 p.m.?

As if that wasn't enough, there are five women's games on today. It all started at noon with Bowling Green vs. Toledo, a showdown between two of the MAC's top squads, and heated rivals. Four other games tip off at 2 p.m., all on the MAC Digital Network: Ohio vs. Central Michigan, Miami vs. Eastern Michigan, Buffalo vs. Akron, Ball State vs. Kent State. 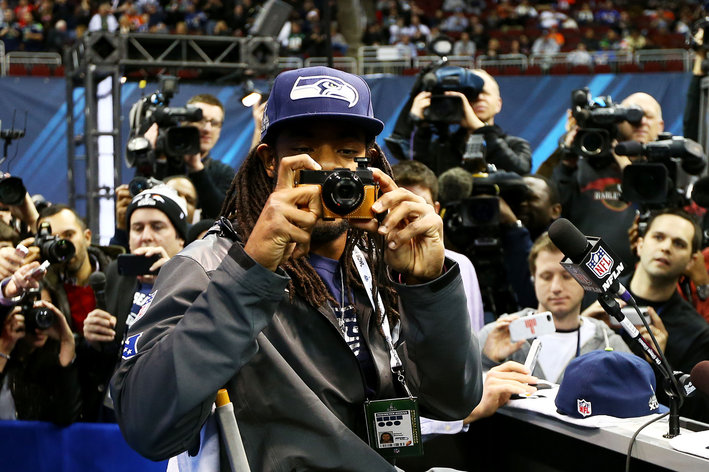 All the Super Bowl coverage you need. IT EVEN HAS LIVE WEATHER FORECASTS BUILT RIGHT IN!

It all leads up to the biggest Sunday night of the year, Super Bowl XLVIII in New York (which is really New Jersey, but who's keeping score?). The Broncos vs. The Seahawks on FOX at 6:30 p.m.. Rather than breaking that game down, we'll leave it to the NFL experts at SB Nation. But don't forget, there will be some #MACtion alums standing on those sidelines today. Five players in all are actually on the rosters, or practice squads of these two teams.

Since we'll be live chatting MAC Basketball throughout the day, we figured why not open this open chat up for a little Super Bowl talk as well. Join us tonight as we live chat throughout the games. And let us know who you've got in this one.