It's hard to give the 2014 MAC Men's Basketball Champions anything but an A for their 2013-2014 season. After all, winning is the ultimate goal.

For the first time in a decade Western Michigan represented the MAC in the NCAA Tournament this year. The Broncos got off to a modest start, but matured throughout the season to become the most complete team in the MAC. Far from flashy, and not a defensive attack dog, WMU just went about its business night in, and night out, in the end the Broncos won a MAC West title for the sixth time in 10 seasons. 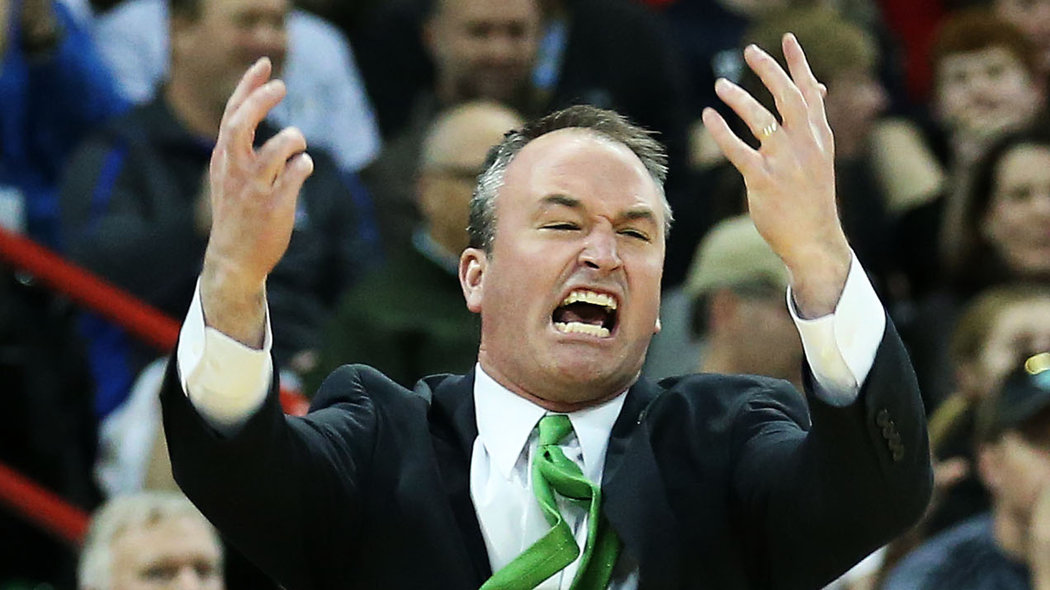 From coaching changes, to transfers, we have all your MAC basketball offseason news in one central place.

It's hard to really pin down a single high point from the year. WMU rolled through MAC play like a well-oiled freight train. All the parts clicked, and the team really came together in big games. OBviously, winning the MAC Tournament, thoroughly, and earning an NCAA Tournament bid were the high points for the team.

But I would argue the biggest point in the season for WMU, when people finally took notice of the Broncos, was several weeks earlier. The Broncos opened MAC play after a middling performance in non-conference play. But on the opening night of conference play WMU announced it was a force to be reckoned with. Taking on the heavy-MAC favorites, Toledo, WMU sprinted out of the gates and never looked back. Holding UT to a sub-40 shooting percentage, and lighting the Rockets up for 60 percent from the floor, WMU exposed the Rockets flaws. In fact, during the three times these teams met in 2014, WMU was in the driver's seat for all but three minutes.

Another fantastic moment in WMU's season was the MAC Tournament semifinals matchup vs. Akron. At halftime the Broncos trailed the MAC powerhouse Zips by 17. It was all but done. WMU looked lethargic on the court, and couldn't get anything to fall.

But something clicked in the locker room during halftime. The Broncos matched Akron's 35-17 halftime lead in the second half, sending the game to overtime. That's when MAC scoring champion David Brown took over. he single handedly outscored the Zips in overtime to give WMU the statement win in the MAC Tournament. 24 hours later the Broncos were cutting down the nets after beating Toledo by 21 in the MAC Tournament Championship game.

The non-conference season was the low point of WMU's season. The Broncos started the year without senior big man Shayne Whittington, who was suspended for the first two games, and yet seemed in good standings after starting the year 3-1, including a win over New Mexico State. But in a weak non-conference slate (ranked eighth out of 12 MAC teams) WMU looked like a mid-tier MAC team at best.

Aside from the win over New Mexico State, WMU failed to notch an impressive non-conference win. Losses came against Missouri, Hawaii, Drake, Northwestern and North Dakota State. That's not a bad crop of teams to lose to, but losing to ALL of them was not a good look on the Broncos' resume.

Western Michigan is in a fantastic position for next season. Sure the team is losing Shayne Whittington (16.1 ppg, 8.9 RPG), a two-time All-MAC performer, and the MAC's best all-around big from the past two seasons. But, David Brown, the MAC's scoring champion (19.1 ppg), could be back for a sixth season, if he chooses to go that route (and why shouldn't he? Another year like this past year would surely help his pro prospects). Three of the Broncos' starters are guaranteed back.

Younger players such as Connar Tava and Tucker Haymond provide the Broncos with some promising pieces who should continue to develop into all-MAC caliber players next season. Coming in, WMU's replacing Whittington with a 6-foot-10 freshman center, Drake Lamont, and a PG, Thomas Wildner. If the Broncos can continue the positive growth that the team experienced throughout the year this year during next season, there's no reason to think WMU won't be at the front of the pack again.

Sure, WMU suffered a heartbreaking beatdown in the "second" round of the 2014 NCAA Tournament on National TV, but losing to Syracuse is nothing to hang a head over. The fact is WMU wasn't expected to make a whole lot of noise this past season. Sure, they were picked to finish second in the MAC, but no member of the media picked them to win the conference. Steve Hawkins' Broncos were just one step ahead of everyone else in MAC play.

They featured a balanced attack, and the team was able to keep an even keel, even in the face of adversity. Even the negatives in WMU's season led to positives. WMU did what good teams do, ti got better every single day. For that, the Broncos are given a solid A.