The Mid-American Conference continues to be disrespected by the voting powers, despite featuring a loaded lineup of teams.

Share All sharing options for: College Football Rankings 2013: Was the MAC snubbed?

Today marked the release of the first 2013 USA Today Coaches Poll. Despite the obvious flaws involved with the Coaches Poll, this season the it's more valuable than ever before, seeing as it accounts for one-third of the Bowl Championship Series rankings formula (in the final season of the BCS). So where did the first MAC team come in on the inaugural 2013 Coaches Poll? No. 38, NIU, which received just 19 votes.

Last season was a phenomenal year for the Mid-American Conference. Several teams cracked the Top-25 at some point in the season, and the Northern Illinois Huskies even managed to crash the BCS. Seven MAC schools played in a bowl, and two teams finished with double digit wins. Despite losing in the Orange Bowl the Huskies finished ranked No. 24 in the final Coaches Poll and return the vast majority of a team that was ranked as high as No. 15 in the BCS standings. Yet still, no love. 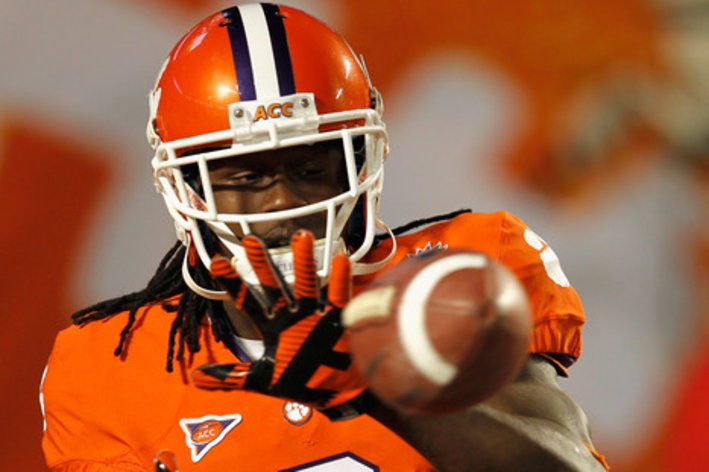 The Huskies slipped 14 places, falling out of the Top-25, despite bringing back a wealth of key pieces, including star quarterback Jordan Lynch. Three other MAC teams received votes, but barely. The Ohio Bobcats brought in eight, the Kent state Golden Flashes tallied three, and the Toledo Rockets managed a single vote. all told the MAC managed just 31 votes. Not a whole lot of respect for a conference that's full of talented squads.

As our very own Nick Lewis pointed out earlier today, it's not necessarily a bad place to be, and could certainly be a lot worse.

Technically he's right, it's an improvement over last season, where the Huskies received just two votes in the preseason Coaches Poll; the only MAC team to receive any preseason votes. But let's forget technicalities for a second and just look at the rankings a bit deeper. NIU returns it's entire starting offensive line, most of it's offensive weapons and a player who single-handily out gained 24 FBS offenses in Lynch. Despite all this, they might not even be the best team in the MAC, as the top half of the conference is, as a whole, improved over last years offerings.

When you put that into perspective, the lack of votes seems like a huge slap in the face to arguably the deepest mid-major football conference in the FBS.

While realistically it's unfair to expect any MAC team, including NIU, to start the season out in the Top-25, and technically the MAC was shown more love at the start of this season compared to last season, one can't help but feel as if the MAC still isn't being taken as serious as some of their other mid-major counterparts. The Mountain West for example has one team in the Top-20 and its three unranked teams that received votes out gained the four MAC teams by 3-to-1. That's not to knock the MWC, it's certainly a strong conference, but so is the MAC, whether the Coaches Poll wants to admit it or not.

On the bright side, another year like last year, and it'll be a lot harder for the the voters to ignore the MAC next season.

Below is a sortable chart of the 2013 preseason Coaches Poll, complete with teams that dropped out and those that received votes: