MAC Media Day Recap: Are These Guys Student-Athletes Or Models?

From the second he stepped into the building, Cameron Stingily was the highlight of fashion at the MAC Media Day at Ford Field. In fact, Stingily was a wire to wire champion.

Share All sharing options for: MAC Media Day Recap: Are These Guys Student-Athletes Or Models? 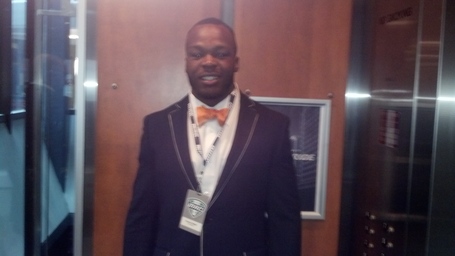 When it came to setting a fashion tone at the MAC Media Day at Ford Field, Cameron Stingily was the leader. Stingily was resplendent in his outfit which included a beautiful orange bowtie. 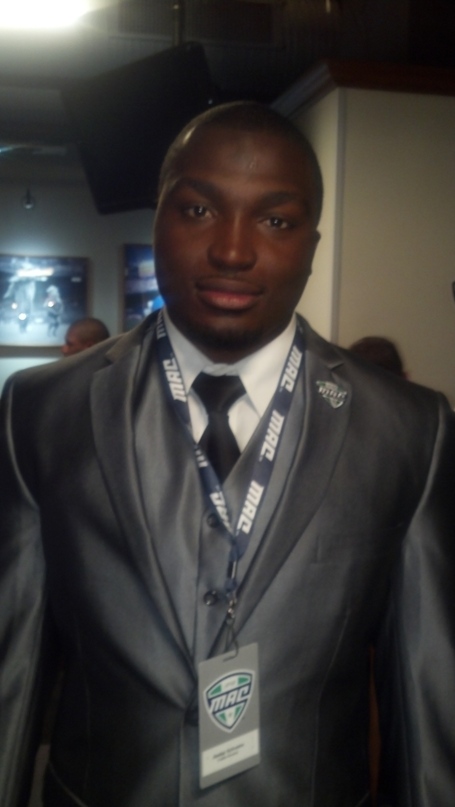 Junior Sylvestre arrived on the scene with a suit made of an advanced fabric that showed an incredible luster. 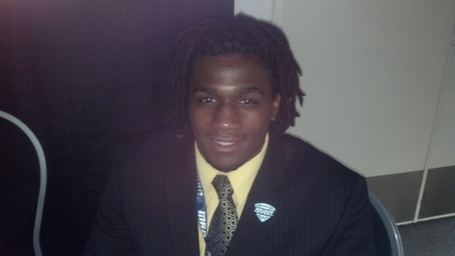 Trayion Durham from Kent State depicted the epitome of his school's colors with his suit and accentuating tie. 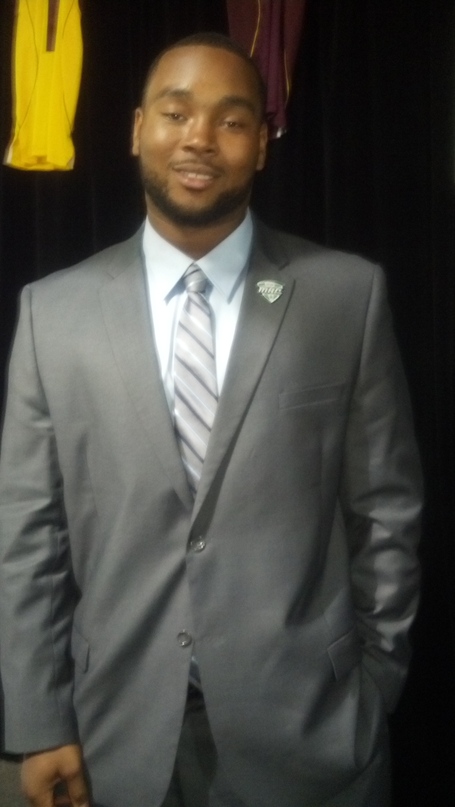 If you are one of those guys who needs only one suit, you are advised to get the name of Leterrius Walton's tailor. The cut was perfect including the one inch cuffs and the exact spot where the fabric creased in the pant leg. 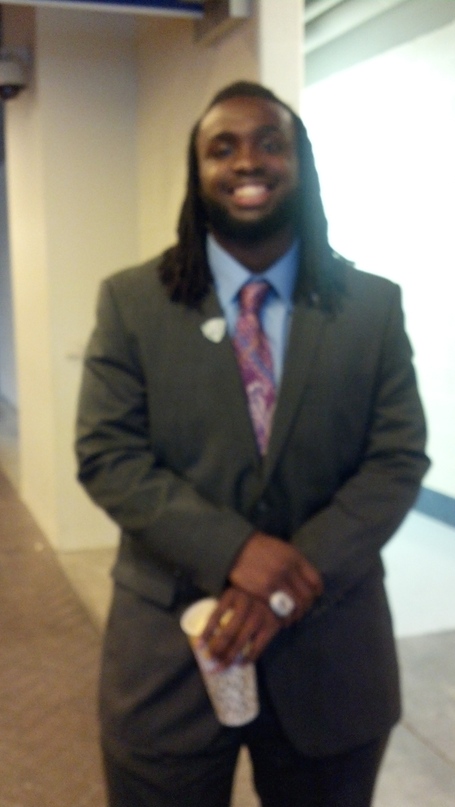 D.J. Lynch filled out his threads in beautiful style. 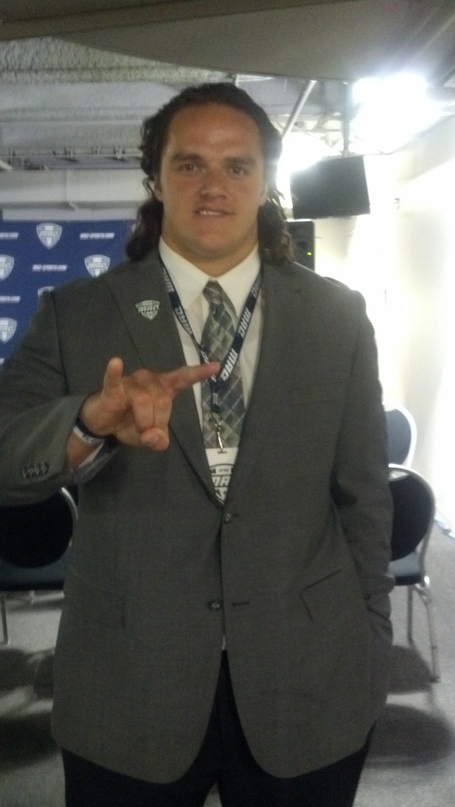 Kristjan Sokoli aka "the Albanian Oak" gave new meaning to "running with the Bulls." 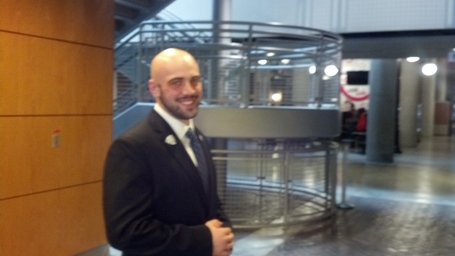 Matt Johnson flashed a million dollar smile to go with his million dollar arm. Matt was totally transformed from the look he sported at the Marathon MAC Football Championship Game last December. Keep up the good work Matt. You have come a long way!

Overall, it looks like the bow tie is making a strong comeback among the MAC's fashionable elite. All of these guys would look good in a bow tie featuring the Hustle Belt logo. Maybe next year?