Playing the Fighting Illini is a tough way for the Golden Flashes to start the 2015 season.

Boy is Timmy Beckman glad to be getting back to football and away from his off the field allegations brought on from former players about misconduct. 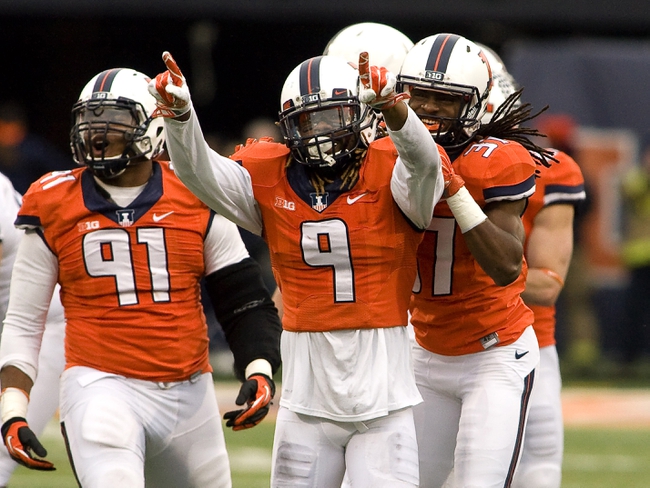 Returning starting QB, Wes Lunt (former 4 star prospect), is ready to improve from last season where his only bad stat was games missed. He sat out five games due to various injuries but he still managed to complete 64 percent of his passes and tossed 14 scores to only three interceptions.

Josh Ferguson will make Lunt look very good this year. The senior running back is without a doubt the strength of the offense. He can do it all as he amassed 735 yards on the ground and another 427 through the air. He accounted for 10 total touchdowns. Having a back who has sure hands out of the backfield makes a QB's job very easy.

The downside to the offense is that one of the best receivers in the Big Ten, Mike Dudek, tore his ACL during an off-season workout and will miss at least half the season. Geronimo Allison (name better than his game) had the third most receptions in 2014 on the team and will look to take the lead role in the receiving corps.

On the defensive side of the ball experience is the name of the game. Their secondary should be hard to exploit with almost every corner and two pretty skilled safeties back. Taylor Barton anchors the secondary from his free safety position and hits with a purpose after forcing two fumbles in 2014.

Kent will also need to be wary of the linebacking core as they also return 3 of four starters. Mason Monheim is back after 77 tackles, 6.5 for a loss. Monheim also hits like a truck with four forced fumbles. Monheim teamed with T.J. Neal should make quite the tackling team.

If Kent is going to pull off the upset they will need to stop Josh Ferguson. Here's what that young man can do. All I have to say is good luck Flashes.