Dino Babers and the BGSU Falcons will travel to Byrd Stadium in College Park, MD for a matchup with the Terps.

After finishing their first season in the Big 10 with a 4-4 record, the expectations are there for both Edsall and the Terps. While they definitely did not have the best season on paper in regards to the statistics they put up, they still ended up with 7 wins.

Still, after a 7-6 season, Edsall was given a contract extension for 3 years, with a $71,000 raise included in that. The extension was given to him as a vision for the future, something that is getting brighter each year by the way Edsall has recruited since getting to College Park. Last season, the MAC was able to play fairly well against the B1G, who's to say they can't do ti again this year? Maryland will be ready for their second home game after a week one matchup against the Richmond Spiders, while Bowling Green will be facing their second straight Power 5 match-up after facing the Volunteers in Week 1. 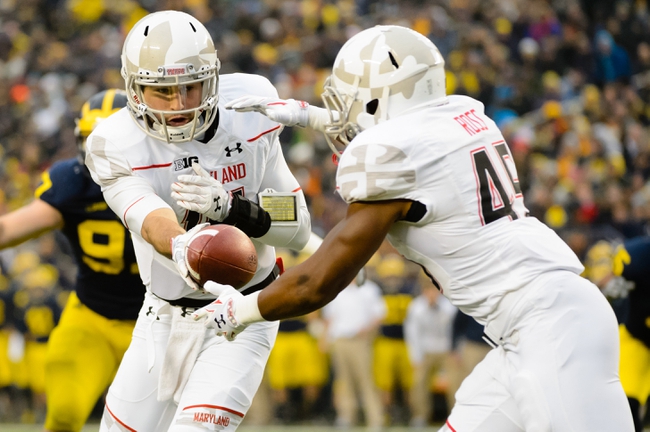 Even though the Terps were able to end up .500 in the Big Ten last season, it is going to take a lot for them to be able to repeat both that, and the 7-6 overall record from a year ago. Gone is Stefon Diggs, who will now be playing with Teddy Bridgewater and the Vikings, as well as QB CJ Brown, and the entire DL. The Terps return a grand total of 10 starters, which is one of the lowest among Power 5 schools, and tied with Rutgers for the worst in the Big Ten. Not good.

Stepping in at quarterback is most likely Caleb Rowe, and he will be behind a much bigger and more athletic line then in years past. Rowe will have plenty of players to throw to, and if he can remain healthy has a chance to become an impact player going forward. Incoming freshman DJ Moore and Taivon Jacobs and Levern Jacobs lead the receiving corps. Their two leading backfield rushers from a year ago, Brandon Ross (457 yards, 4 touchdowns) and Wes Brown (388 yards, 6 touchdowns) The offensive line is clearly the most talented unit this team has offensively.

On the defensive side of the ball, several impact players return, and they are going to be needed in this new 4-3 defense led by coordinator Keith Dudzinski. Returning is All-Conference CB William Likely, who will be key in forcing their opponents to run the ball. Junior LB Yannick Ngakoue will be another key factor on this defense, having racked up 13.5 TFL last season. He will look to improve those numbers with a substantial increase in snaps, as he makes the transition to the hybrid end position in the Terp's new defense.

Maryland is going to have a tough time getting bowl eligible with their schedule this season. Bowl eligibility is going to be crucial in determining both the job security of Edsall as he heads further into his recently extended contract, as well as if Maryland is going to continue to be able to assert itself as a force on the recruiting trail. One thing is certain, Bowling Green is going to have a chance to beat a solid Big Ten team, and whether they can find holes in the inexperienced Terps run defense will help determine the final outcome.