Oklahoma could surprise some people this year.

It's no secret that Bob Stoops is one of the best coaches in college football. That said, the Youngstown, Ohio native and former Kent State assistant isn't used to seeing his team disappoint. The 2014 Sooners (8-5, 5-4 Big XII) were favored to make the College Football Playoff in the preseason polls, but they didn't even end the season in the CFP top 25.

After four convincing wins to open up the season, Oklahoma split the final four games with close losses to TCU, Kansas State, and arch rival Oklahoma State. The regular season game that proved 2014 to be a disappointment was a 48-14 home loss to the tenth ranked Baylor Bears. The third loss of the season for the Sooners put the Big XII title and CFP out of reach. 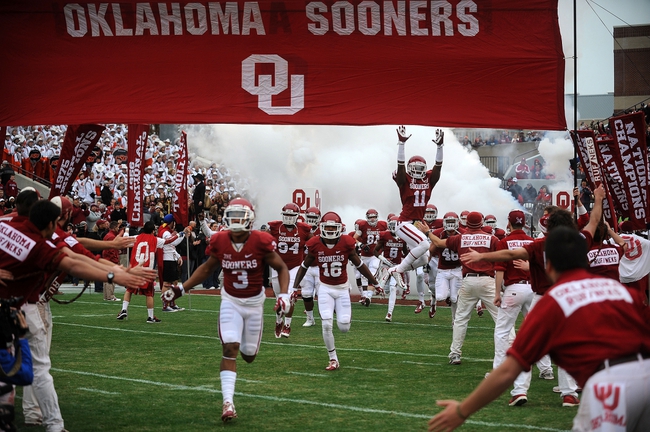 The Sooners met the Clemson Tigers in the Russell Athletic Bowl to end the season, and it did not go well at all. Oklahoma was favored by six in the game, but trailed 17-0 after the first quarter, and 40-0 after three en route to an embarrassing 40-6 loss to end 2014.

Oklahoma should be much better in 2015. After all, the last two times that the Sooners began the season outside of the top ten they finished ranked number one and number six.

In order to climb the college football rankings, there must be improved play from the quarterback position. One of the best ways to get the most out of your players is by competition. The frontrunners for the starting job in Norman are Baker Mayfield and Trevor Knight.

Mayfield, a former Big XII freshman of the year at Texas Tech, has thrown for 2,315 yards in his career, with a touchdown to interception ratio of 12:9. Mayfield's decision to transfer within the conference came as a shock because he was the starter at Texas Tech.

He is challenging Trevor Knight for the starting job this year. Knight has thrown for 3,119 yards in his career since 2013, including 23 touchdowns and 17 interceptions, including 3 picks in last year's bowl game.

If the quarterbacks struggle again, Sooner fans will look to standout running back Samaje Perine to pick up the slack. As a freshman in 2014, Perine was the boost that the Sooners desperately needed in order to win eight games. He rushed 263 times for 1,713 yards and 21 touchdowns. His breakout game in 2014 was in week four at west Virginia when he carried 34 times for 242 yards and a whopping 4 touchdowns. He'll run behind a somewhat inexperienced offensive line, but should still be one of the best in the country at running the ball.

One of Oklahoma's returning leaders on defense is senior linebacker Eric Striker. The outside linebacker led the team in sacks by a landslide with nine, with the next highest total being 3.5. He recorded 68 total tackles on the year and deflected 5 passes. Fellow outside linebacker Devante Bond is also someone to look out for as he will get more playing time this year.

The secondary is led by junior cornerback Zack Sanchez. Sanchez will be covering the top receivers from Oklahoma's opponents this season. After a 2014 season recording 43 tackles and 6 interceptions, including a pick-six.

Terry Bowden's Zips have played well against Power Five teams since he and his staff came to Akron in 2012. They've had good showings at Tennessee, at Michigan, at Penn State, and even won at Pittsburgh. Oklahoma may be the toughest environment that they've played in yet, but with a promising defense going up against the unsure offense of Oklahoma, an upset is not out of the question.