A few weeks ago NIU unveiled several new uniform combos, including an all-red look. Thursday night, in their 55-3 rout of Presbyterian, they wore one-of-a-kind Corn Fest unis. Surely they couldn't have any other new uniform surprises up their sleeves, right? Wrong. When NIU visits in-state foe Northwestern on Sept. 6, the Huskies will be dressed in some crisp, clean all-white Adidas uniforms.

The all-white uniforms unveiled today feature white jerseys, with black numbers and a red outline around the numbers and the NIU wordmark in the center of the chest. Two all-white helmets were unveiled today too. One features the Huskie dog emblem on both sides, the other features the NIU wordmark decal on both sides, sticking with their recent stylistic change to separate the wordmark from the Huskie head. The uniforms wouldn't be complete without the all-white pants, featuring an Adidas logo on the right hip, and a Huskie head on the left. 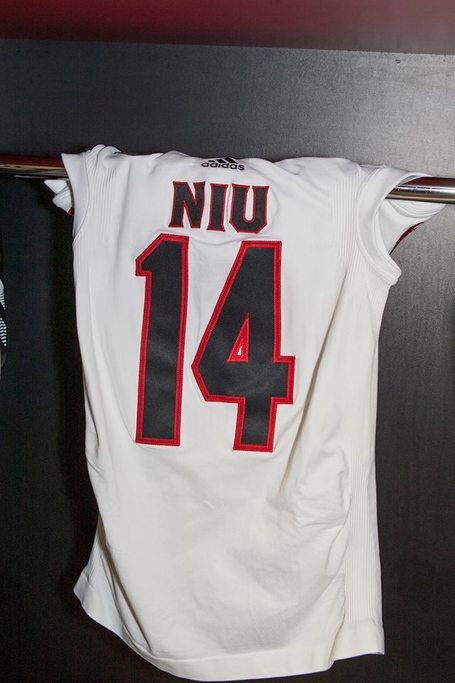 It all adds up for a fresh, clinical look that is a stark contrast to the "Dark Dog" uniforms NIU debuted in 2013.

Check out the Huskies' Facebook page for a reveal video.