As part of our lead up to the 2013-14 basketball season, we will be spending some time getting reacquainted with the returning Minutemen each Wednesday. Today we begin with sophomores Trey Davis and Tyler Bergantino.

It's that time of year again. The leaves are changing, the air is getting a bit colder, and college basketball teams are returning to practice in preparation for another season of college hoops. It truly is the greatest time of the year.

For the UMass Minutemen, this new season presents an opportunity to make an impact in a suddenly less top heavy Atlantic 10 and make a run at the conference title. With Xavier, Butler and Temple all moving on from the conference, UMass will be in a position to compete with St. Louis and VCU for the conference crown.

For that to happen though, Derek Kellogg will be looking for a major step forward from sophomore players Trey Davis and Tyler Bergantino. With a year under their belts, each player now knows what it takes to play at this level and their improvement will go a long way towards making this team a competitive outfit in 2013-14. 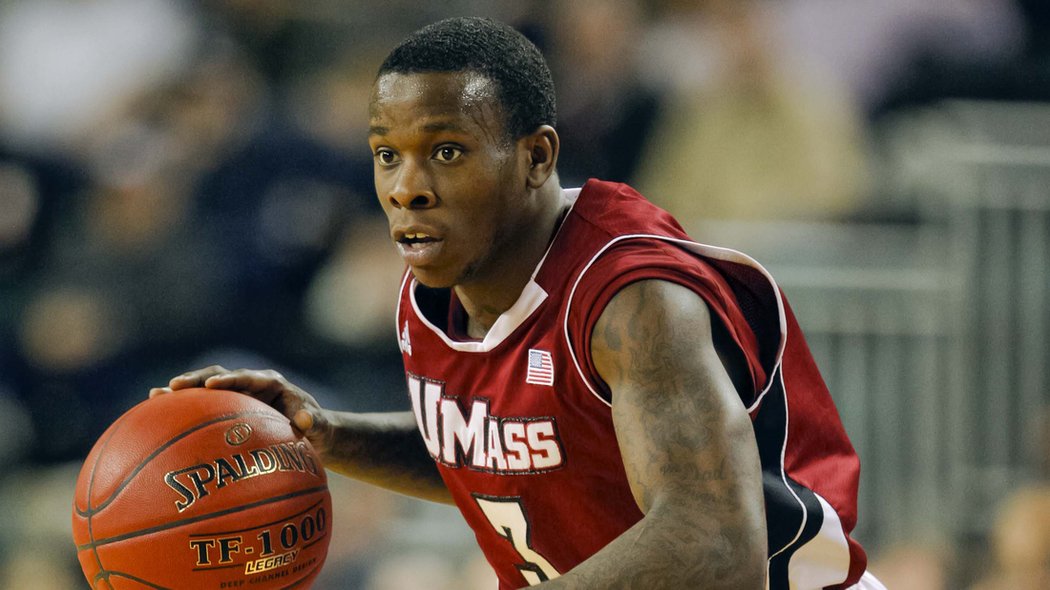 Last season was a process for Davis as he tried to find his place in a lineup that featured experienced guards in Chaz Williams and Freddie Riley, leaving little room for him to play impactful minutes. As the season wore on, however, Davis was able to get on the floor and played at least 15 minutes in six of the last seven games of the year.

At 6-feet tall, 180 lbs., Davis is entrenched as the backup point guard but his role could see him featured as a wing player alongside Williams in some lineups. With the departure of Jesse Morgan the team will look to Western Kentucky transfer Derek Gordon to fill the starting off-guard position, but Davis should get some significant minutes in that spot due to his experience and the way he played down the stretch of last season.

Davis figures to be an important bench player for the Minutemen in 2013-14 and should improve his numbers across the board with some more responsibility during his sophomore campaign.

At 6-foot-9 and weighing in at 245 lbs., Bergantino is the second-biggest player on the team behind senior center Cady Lalanne. Even so, Bergantino played just 70 total minutes in 2012-13 and figures to be pretty deep on the depth chart again in 2013-14.

With Lalanne and Sampson Carter the likely starters at power forward and center, and Raphiael Putney likely getting some minutes in small-ball lineups, Bergantino will have to battle for minutes as a bench option and the fourth-guy in a post rotation. In games where Kellogg wants to push the tempo, he could have some minutes taken by Maxie Esho as well.

The good news for the sophomore is that the newest class of freshmen is made up of guards and forwards who won't push Bergantino in the center/forward rotation, so he does figure to see his role increase substantially from last season. With added minutes almost a certainty, look for the big sophomore to be a impact rebounder for the Minutemen in 2013-14.